Our Board of Trustees has responsibility to oversee the governance of ENS with an operational focus on finance, funding, management and reporting. 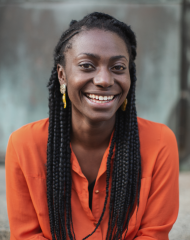 Christiana is a social change maker and founder of www.statefree.world. Statefree.world is a digital space, which invites stateless people to connect to each other and create community between themselves and their allies. As a stateless person born and raised in Germany, she has had first-hand experience with the lack of transparency and awareness around statelessness and aims to fill this void by building a space which allows stateless people to actively participate in the conversations that concern them.

Christiana has a background in Media and Communication and a varied pool of experiences ranging from PR, Agile Project Management, Organizational Design and Culture to Diversity Management. Currently, Christiana is working as a Senior Partner Manager & Diversity Consultant at Global Digital Women, a company which aims to increase the visibility and empowerment of female professionals in the digitalisation & tech industry. 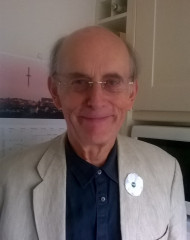 Peter is a Chartered Accountant who moved into the charitable /not for profit sector shortly after qualifying. He has worked across the sector in senior positions including being Financial Controller at the Arts Council and Finance Director at Centrepoint. Alongside paid work Peter has always volunteered with charities, in particular charities concerned with the law, ever since he became honorary auditor with Camden Law Centre in the 1970s. Since then Peter has been associated with many law centres and legal charities which support human rights and in particular the right to legal services.  He is currently also a board member of the Global Legal Action Network and Amicus which carry on this commitment as does his  membership of the ENS Board. 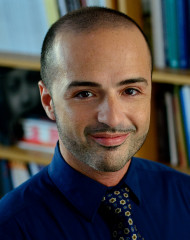 As director of the Refugee Programme, Gabor's main responsibilities are organisational and human resources management, strategic and financial planning, fundraising, advocacy and media work, leadership of national and international projects, research and capacity-building. He has been working in the field of asylum since 2000, and I am a proud member of the Helsinki Committee team since 2002. His particular professional interests in this field are evidence and credibility assessment in asylum procedures; interdisciplinary (psychological, intercultural, linguistic and gender) issues related to asylum; human rights safeguards concerning the detention of migrants; nationality and statelessness; as well as innovative training, communication and capacity-building methods in the field of human rights and forced migration. Gabor has also extensively researched and published on these issues. I am a passionate international trainer: in the past fifteen years he has had the privilege to teach over four thousand lawyers, judges, public administration and police officers, journalists, professors, NGO workers and staff members of the UN Refugee Agency (UNHCR) from all continents of the world, on various topics related to asylum, migration and statelessness. He is a trustee and a founding member of the European Network on Statelessness (ENS), a co-founder of the Latin American Academic Network on the Law and Integration of Refugees (Red LAREF) and an external expert collaborating with the European Union Asylum Agency (EUAA) and the European Judicial Training Network (EJTN)." 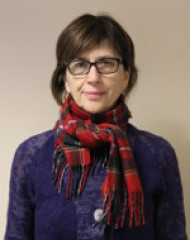 Ivanka Kostic is a human rights lawyer with 28 years of experience in working for both national and international non-profit organisations, holding senior management positions. She was a founder of NGO Praxis and the executive director for over 16 years. She has been involved in numerous regional and international initiatives, advancing cross-border cooperation among the Western Balkan states and expanding international networks. Ivanka sits on the Board of Trustees of the European Network on Statelessness and the Praxis’ Board of Trustees.
Ivanka’s experience and professional focus mainly lies in documenting human rights violations, providing legal services and advocating for policy reform and social change, with the aim of advancing the human rights of members of marginalized minority groups, those experiencing poverty, social exclusion and discrimination in its multiple dimensions. She has been spearheading concentrated advocacy efforts against a host of legal obstacles and gaps in the Serbian legal framework, requesting policy reform, giving a voice to the voiceless members of the society and raising awareness of the importance of social change and the respect for human rights. These efforts resulted in important policy reforms. 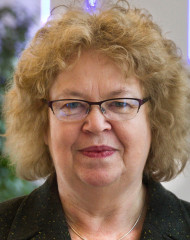 Jean served as a British Member of the European Parliament between 1999 and 2019. During her tenure she worked on issues ranging from free movement and social inclusion to asylum and immigration, from energy and sustainability to human rights and peace. As a member of the Civil Liberties and Justice and Home Affairs Committee, Jean has focused in protecting the rights of migrants and asylum seekers, including making statelessness a priority for the cross-party group on children’s rights to ensure no child is left stateless. She was one of the first parliamentarians to work on the issue of climate displacement. In 2005, Jean was recognised for her work and was selected the top MEP for Justice and Human Rights by Parliament Magazine. Jean was also nominated for the prestigious Nansen Refugee Award, awarded annually by the UN Refugee Agency. 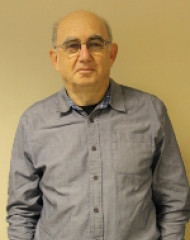 Allan left South Africa in 1979 and was granted asylum on the grounds of his refusal to serve in the SADF. In London he was a founder member of the Committee on South African War Resisters, a period during which he worked for the Anti-Apartheid Movement and the ANC. In 1989 he joined the Refugee Council. For sixteen years he then worked for the European Council on Refugees and Exiles (ECRE). Following this he undertook consultancy work for the Dutch Council for Refugees, worked as Executive Director of Africa Middle East Refugee Assistance (AMERA) and returned to ECRE as Acting Secretary General. As a consultant to the voluntary sector he has worked for many organisations, including OSI, UNHCR, the Society for the Protection of Animals Abroad and others. He has recently retired as an Adviser to the EU Fundamental Rights Agency (FRA) and is a Trustee for the Afghan and Central Asian Association. Allan is a published writer of educational history books and a performed playwright. 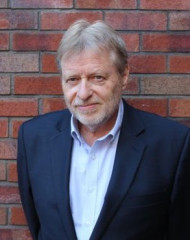 Previously, he held senior management roles in homelessness at Shelter and the Housing Associations Charitable Trust.

Maurice co-founded the Independent Asylum Commission in 2007, Detention Forum in 2009 and the Refugee Mental Health Forum in 2016. He is presently Co-Chair of the National Asylum Stakeholder Forum at the Home Office and Chair of UK Refugee Week steering group.

In addition to the European Network on Statelessness, he is a Trustee of Migrant Voice and of the refugee choir, Woven Gold.

Maurice became a Patron of Action Foundation in 2016 and was awarded an honorary doctorate by Edinburgh University in November 2017 in recognition of his humanitarian support for refugees.

Maurice retired from the Refugee Council at the end of 2020. 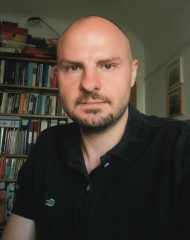 Jon is a Chartered Management Accountant as well as an aviation and travel industry finance leader.

As a British-Turkish dual national, the concepts of citizenship, identity and ethnicity have always been close to his heart. At university, he developed a particular interest in the predicament of Third Culture Kids (TCKs), and second/third generation immigrants. Working in the Travel and Tourism industry has fortified his passion in people, cultures and languages. Throughout his experiences, living and working in Europe and the Middle East, he’s been drawn to the plight of people for whom significant barriers to international travel exist, many of whom are stateless.