We have over 170 members in 41 countries, which enables us to achieve change at regional and national levels.

Our Advisory Committee is comprised of a cross-section of our members and provides additional expert advice and guidance.

Our experienced and committed Board of Trustees provides strategic leadership and governance.

We are open to new members who share our values and wish to engage in our activities. Click below if you are interested and want to find out more about becoming a member. 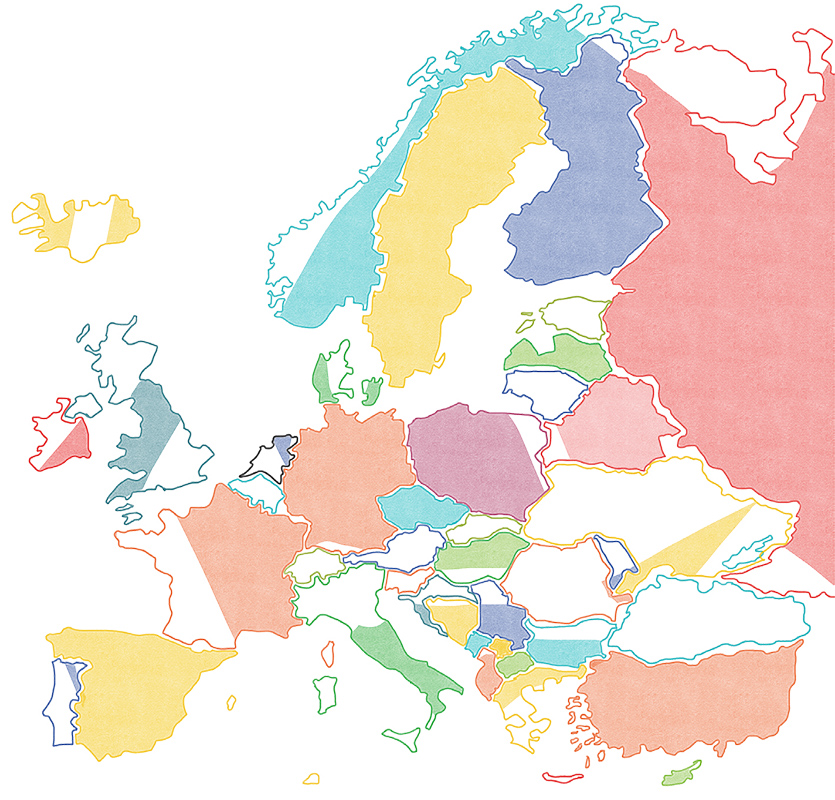 Armando Augello Cupi is a stateless university student of Global Humanities at Sapienza University of Rome and he is the President of the first Italian organisation led by stateless people named Unione Italiana Apolidi. He studied for a year with Princeton University taking courses in Global History Lab and Global History Dialogues, analysing global historical contexts in which refugees, migrants and stateless persons were the focus of the study together with global history. By the end of this experience, he wrote a research project on restrictions in education for the Rohingya communities, considering Burma and the Cox'Bazaar refugee camp.

Arsenio Cores is a Spanish lawyer and expert on Human Rights, the Law of Asylum (Spanish and European), Gender based Persecution (including LGBTTI people and victims of trafficking for exploitation), Statelessness, and Unaccompanied Alien Minors. He specializes in strategic litigation before higher courts and has more than thirty positive resolutions in the last ten years before different courts (European Court of Human Rights, [Spanish] Supreme Court and [Spanish] National Court, etc.), regarding non-refoulement in cases of risk to life or integrity, recognition of the status of asylum, admissibility in the procedure of international protection, recognition of the status of stateless Saharawi citizens and revocations of deportation, among others. He has also presented at various national and international conferences.

ASKV is an Amsterdam-based organisation providing legal assistance and social support to rejected asylum seekers in the Netherlands. Over the past thirty years, ASKV has supported undocumented migrants with a refugee background by providing shelter, legal and social assistance, daytime activities, and vocational training. Within the organisation there is a dedicated focus on direct assistance to stateless persons and we work on structural improvements in their situation including through strategic litigation, research and awareness campaigns. ASKV is a vocal advocate for refugee and stateless rights, both locally and nationally and engages in direct policy advocacy for durable improvements in Dutch policy. ASKV’s multifaceted approach to assistance and support for undocumented (stateless) refugees ultimately aims to secure their right to residence in the Netherlands and end their precarious and marginalised existence.

The mission of the Association for Legal Intervention (Stowarzyszenie Interwencji Prawnej) is to combat social exclusion through provision of free legal advice to people whose rights and freedoms are threatened or violated, mainly refugees and immigrants in Poland. They support migrants and refugees in their struggles for legal residence, international protection and throughout the process of integration. They strive to influence policy and law at the national as well as international lever through research, advocacy and strategic litigation.

ASGI, founded in 1990, has four main aims. Firstly, to promote information, research and training on legal issues concerning immigration, statelessness, asylum, citizenship and discrimination, in Italy and with reference to EU and international legislations. Secondly, to formulate proposals for legislation and policy changes and promote advocacy at national, EU and international level. Thirdly to promote strategic litigation and provide legal advice. Fourthly, to cooperate with other organizations at national, EU and international level in view of the above mentioned objectives. ASGI is composed of 250 members, mainly lawyers, legal practitioners and scholars. Local sections are active in Northern, Central and Southern Italy.

Asylkoordination, Austria was founded in 1991 as a coordinating body bringing together 40 organisations working with refugees, migrants and human rights across Austria. It engages with the national authorities, UNHCR and other actors in a bid to achieve about its aims. Its current activities include awareness-raising projects, research on the asylum systems in Austria, and advocacy activities.

Asylos is a global network of volunteers providing free of-charge Country of Origin Information (COI) research for lawyers helping people seeking international protection with their claim. Asylos works to ensure that people seeking asylum or undergoing similar legal procedures have access to crucial sources and data to substantiate their claim. We also train lawyers in COI research methods and review COI produced by governments and intergovernmental organisations. More information can be found on Asylos' website.

Asylum Aid has been representing refugees through the UK asylum process for thirty years as well as advocating on behalf of asylum seekers for a better, fairer process in the UK. We are now part of the Helen Bamber group, a charity that specialises in providing care and support for torture survivors.

Asylum Aid has had a specialist focus on Statelessness for the past fifteen years and campaigned alongside ENS for the UK Statelessness process to be created. We have continued to represent statelessness applicants through this process and hope to campaign for legal aid funding in the future.

ASYLUM PROTECTION CENTER (APC) was founded in 2007 and from the very beginning of the asylum system in Serbia (2008) it has been providing legal, psychosocial and interaction/integration aid to exiles, asylum seekers and persons who have been granted asylum or other protection in the Republic of Serbia (also focusing on children and youth, providing legal, psychosocial, interaction/integration aid to minors, unaccompanied minors and youth). APC is recognised by the Strategy of the Government of the Republic of Serbia on the Management of Migration as an organization that provides legal and other assistance to asylum seekers in the system in Serbia (Official Gazette of the Republic of Serbia no. 59/2009.). APC is a member of the European Council on Refugees and Exiles (ECRE), and it is a unique organization which in its daily field work, provides comprehensive support to asylum seekers ranging from free legal aid to psychological, social, interaction/integration assistance and works, all through APC teams of lawyers, psychologists, social workers, educators, volunteers, interns and translators – in all places where asylum seekers are situated throughout Serbia. Activities of the APC as grass root organization are reflected through our strong presence and engagement at local levels in local communities, in order to establish a dialogue and interaction between asylum seekers/refugees/exiles and local citizens; primarily through the organization of public local events, exhibitions, fairs, asylum corners, interaction/integration, creative and other workshops, round tables, work of APC local networks of volunteers and APC interns, cultural mediators support and other events and activities in local communities, as well as through numerous collaborations with local governments, organizations, institutions, schools, local cultural and youth centers. APC political scientists and researchers actively work in the field of research and advocacy, using extensive APC experience and field data, in order to get to the root of issues and problems of the migration, asylum system and refugees, strengthening and spreading information to the wider general and local public and experts, advocating and fighting to reduce prejudice and xenophobia in local and general public thus building more tolerant and inclusive society in Serbia.