Statelessness occurs for a variety of reasons – discrimination against minorities, state succession, conflicts of laws between states, or even deliberate policies by states to strip people of nationality. Statelessness pushes people to the margins of society and puts them at risk of discrimination and human rights abuses. It is essential that Europe recognises and addresses this issue by protecting everyone’s fundamental right to a nationality.

After 20 years of living without nationality, my life changed a lot [since I was granted permanent residence as a stateless person], everything changed. I started to work just like normal people. I have some money, I can buy things for my kids, finally I don’t need to hide anywhere....

Statelessness is a major human rights concern in Europe (and around the world), yet for far too long it has been ignored, with relatively little known about its causes, consequences and the people affected.

Statelessness is a legal anomaly that affects over half a million people in Europe. Stateless people often lack access to fundamental civil, political, economic, cultural, and social rights. This includes both recent migrants and those who have lived in the same place for generations. It also increases the risk that people experience poverty, marginalisation, exploitation, and arbitrary immigration detention.

Europe’s reluctance to tackle the issue is partly responsible for creating a situation in which thousands of children are still being born in Europe without a nationality. Whether inheriting their statelessness from stateless parents or being the first in their family to experience statelessness, they have never known the protection or sense of belonging that a nationality bestows. They are the victims of flawed nationality laws.

There is also an increasing trend of States instrumentalising nationality, treating it as a privilege, or using nationality stripping as a tool of punishment, often offering justification on national security or counter-terrorism grounds. As this worrying trend grows, people who are members of minority groups, human rights defenders, or suspected terrorists, for example, can all face an increased risk of being deprived of their nationality and rendered stateless. Campaigners and advocates are beginning to shine a light on this vital issue, which undermines everyone’s nationality rights.

What needs to be done?

Our work on the issue

We believe that part of the fight to end statelessness in Europe must happen through the courts. To strengthen our litigation efforts, in July 2021 we launched our new Stateless Case Law Database. The database is a key pillar of ENS’ strategy to increase the capacity and expertise of legal practitioners, to help bring about real change to the lives of stateless people and contribute to the development of regional and national law and practice. The Statelessness Case Law Database is a free online resource containing national and regional case law covering Europe, as well as international jurisprudence addressing statelessness. 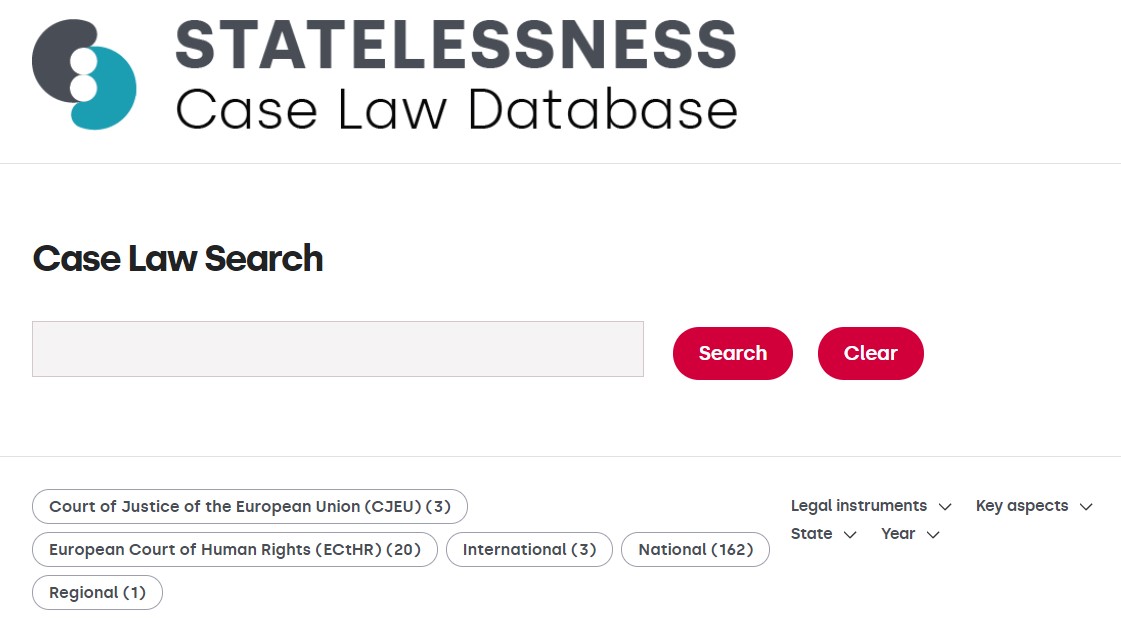 Another key component of our work has been the continued development and implementation of our strategic litigation strategy. Working with our members, ENS supports legal challenges with the purpose of developing and effectively implementing the right to a nationality and the human rights of stateless people, as protected in national, European, and international law. We regularly organise dedicated litigation workshops and trainings to support and widen the pool of lawyers working on statelessness, and we also provide funding to members to identify cases suitable for strategic litigation and take those forward. ENS further supports this work through our groundbreaking work to develop a litigation database that can be used by practitioners and lawyers working on statelessness issues, and which is scheduled to be launched in 2021.

Read our briefings, reports and other publications on ensuring nationality rights.