Addressing Roma statelessness in Albania and beyond

On Friday we published the latest report in our #RomaBelong series, a country study focusing on the link between statelessness, marginalisation and discrimination among Roma in Albania. The new report (also available in Albanian) analyses Albanian law, policy and practice, drawing on a series of interviews with Roma affected by statelessness, government representatives, civil registration officials, civil society and national experts.

The report reveals an urgent need to refocus attention in Albania on the issue of Roma statelessness. Although the Albanian legal framework is largely non-discriminatory, pervasive negative stereotypes continue to influence social and official attitudes and hinder progress, as they do in other countries across Europe. In Albania, overly complex administrative hurdles and gaps in law and practice are making access to justice, and ultimately, crucial documents to prove identity and nationality, very difficult for Roma communities. In this way, the risk of statelessness is passed on from parents to children when birth registration is prevented through lack of documentation, leaving many unable to prove their citizenship and making it very difficult for them to access rights such as education, housing and healthcare.

Migration of Albanians to countries such as Greece or Germany, coupled with a lack of systems in place to ensure Albanian nationals can register children born abroad, is a further challenge contributing to the risk of statelessness in the region. Shpresa told us that she was born abroad and returned to Albania as a young child with her parents. Despite both her parents being Albanian and living in the country most of her life, she has never had any documents to prove her Albanian nationality. When she came to start a family herself, she tried to regularise her status but was told that as an adult she would have to apply for naturalisation, which she couldn’t do because she didn’t have any documentation. She cannot legally marry, and her children were born at home because she cannot access healthcare. As a result, her children are also unregistered, and the risk of statelessness and its devastating impact on lives and livelihoods passes to the next generation.

The specific challenge of ensuring that systems are in place to prevent and reduce statelessness, including through guaranteeing that children can access their right to a nationality, was highlighted by the European Commission in its 2018 EU Enlargement Package on Albania following consultation with ENS, UNHCR and other stakeholders. Our report now builds on this, calling for joined up and concerted action by the Albanian Government to fulfil its international and regional obligations by ending this denial of rights once and for all. The Albanian Government, like others in the region, must focus attention on statelessness among Roma, build capacity and awareness among officials to tackle discrimination, and reform the civil registration procedures hindering access to crucial documents needed to prove identity and nationality.

Following the report launch, TLAS is embarking on a national campaign to raise the awareness of the Albanian Government, affected communities and other stakeholders. Plans include a joint effort with UNHCR in Albania to disseminate the report findings and recommendations through print, broadcast, radio and social media channels, focusing on the central message of ‘every Roma person belongs’. The campaign will also seek to reach Roma communities to better understand their concerns and raise awareness about the importance of birth registration. Success will lead to a better understanding of the challenges facing Roma in Albania on the part of strategic stakeholders and simplified routes to recognition of every Albanian person’s citizenship.

ENS is supporting TLAS’ campaign under the banner of the #RomaBelong project as well as working with partners and stakeholders to coordinate and push for change at a regional level. We’re asking regional institutions such as the European Union to prioritise the prevention and reduction of Roma statelessness - as well as the protection of stateless people in Europe - in EU enlargement negotiations. We’re working with Council of Europe bodies including CAHROM and ECRI to support the mainstreaming of statelessness across their work, and with UN human rights mechanisms, such as the UN Special Rapporteur on Minorities, to ensure states are held to account on Roma statelessness. Most importantly, we are seeking to develop our membership to be more representative of Roma communities affected by statelessness, to provide spaces for Roma voices and leadership in finding the solutions that will ultimately lead to equality in access to rights, and eradicating antigypsyism from our communities. 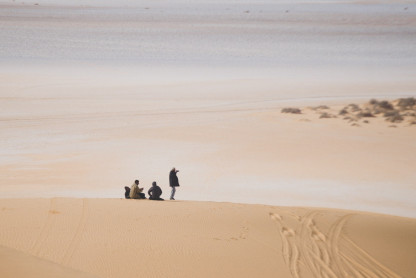