Can a Palestinian refugee enjoy the status of a stateless person? A French perspective

This article solely reflects the personal opinion of the author and does not express the views of the Court of Justice, neither the views of other European Union Institutions

In its judgment of 24 December 2019 n. 427017, the Conseil d’État (the highest administrative court in France) ruled on the application of the 1954 Convention relating to the Status of Stateless Persons with regard to Palestinian refugees. In particular, the Conseil d’État considered the situations in which a Palestinian refugee no longer receives the protection or assistance of the United Nations Relief and Works Agency for Palestine Refugees in the Near East (UNRWA) and may therefore enjoy the status of stateless person, in accordance with the provisions of Article 1 of the 1954 Convention. In France, persons recognised as stateless are granted a residence permit (“carte de séjour”), initially valid for up to four years and renewable for ten years (for further information about the protection of stateless people in France see ENS StatelessnessINDEX).

Facts of the case

Ms. B was born to Palestinian parents in 1986 in the refugee camp of Nahr-el-Bared (Lebanon) and she lived there until 2015. In early 2015, she entered France holding a travel document for Palestinian refugees issued by Lebanon.

On 25 February 2015, Ms. B applied for the status of stateless person before the French Office for the Protection of Refugees and Stateless Persons (“Office français de protection des réfugiés et apatrides”, OFPRA). On 12 April 2016, OFPRA rejected her application.

The Conseil d’État analysed Article L. 812-1 of the Code on the Entry and Stay of Foreign Nationals and the Right of Asylum (“Code de l'entrée et du séjour des étrangers et du droit d'asile”) which refers to Article 1 of the 1954 Convention. In accordance with Article 1, paragraph 1 of the 1954 Convention, “the term ‘stateless person’ means a person who is not considered as a national by any State under the operation of its law”. Paragraph 2, i), of the same article provides that the Convention shall not apply “to persons who are at present receiving from organs or agencies of the United Nations other than the United Nations High Commissioner for Refugees (UNHCR) protection or assistance so long as they are receiving such protection or assistance”.

The Conseil d’État examined the purpose and functions of UNRWA as well as the reasons that lead to its establishment, concluding that UNRWA must be regarded as a UN agency, distinct from UNHCR, whose purpose is to offer assistance to Palestinian refugees. This assistance requires that the person habitually resides in one of the States or territories located in UNRWA’s areas of operation.

In its judgment, the Conseil d’État pointed out that, on the basis of Article 1, paragraph 2, the 1954 Convention does not apply to a Palestinian refugee as long as (s)he effectively enjoys assistance or protection from UNRWA. Once the person has lost the “effective benefit” of this assistance or protection and does not have a nationality, (s)he may apply for the status of stateless person under Article L. 812-1.

In the present case, the Conseil d’État found that the Paris Administrative Court of Appeal erred in law since it found that OFPRA’s decision was unlawful by relying solely on the fact that Ms. B did not have a nationality and was no longer habitually resident in an area under UNRWA’s protection, without investigating whether Ms. B had lost the “effective benefit” of UNRWA’s assistance or protection. Therefore, the Conseil d’État quashed the judgment of the Paris Administrative Court of Appeal and referred the case back to it.

The Conseil d’État did not establish whether Ms. B qualifies for the status of stateless person. Nevertheless, it identified the criteria that must be followed by the court to determine whether a Palestinian refugee has lost the “effective benefit” of UNRWA’s assistance or protection.

The Conseil d’État listed three different situations in which a Palestinian refugee outside UNRWA’s geographical area of activity no longer effectively enjoys the protection or assistance of UNRWA:

The concept of “reasons beyond her/his control” referred to by the Conseil d’État is also found in the European Court of Justice case-law, although in a different context for the purpose of granting refugee status to stateless persons (see Judgment of 19 December 2012, El Kott, C-364/11, EU:C:2012:826). The Conseil d’État did not make any express reference to the Court of Justice case-law.

In addition to these three situations, the Conseil d’État considered a fourth situation drawing inspiration from the European Convention on Human Rights (ECHR) and, in particular, from Article 8 which provides for the right to respect for private and family life.

The Conseil d’État stated that Article 8 ECHR protects people without nationality from excessive infringements of the right to respect for private life. The private and family situation of a Palestinian refugee must be taken into consideration in the assessment of whether the person is effectively enjoying protection or assistance from UNRWA. For this purpose, it is necessary to establish whether the Palestinian refugee has family in France or personal ties, particularly considering the duration of her/his residence in France.

The Conseil d’État indicated that if a Palestinian refugee has family or personal ties in France (having the centre of her/his interests in France), (s)he must be regarded as no longer effectively enjoying the protection or assistance from UNRWA and may therefore enjoy stateless status in France, provided that (s)he is not considered as a national by any State under the operation of its law and does not fall under one of the other exclusion clauses laid down in the 1954 Convention. The Conseil d’État did not address any further implications of Article 8.

It follows from this judgment that the fact that a Palestinian refugee has not retained her/his habitual residence in an UNRWA’s area of operations is not sufficient to consider that the person is entitled to protection as a stateless person in France, as an assessment of whether (s)he has lost the “effective benefit” of UNRWA’s assistance or protection must also be conducted. 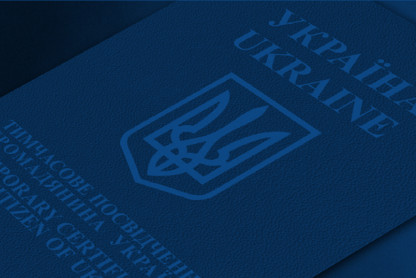