Blog
Rev. Dr. Nathan Hosler, Director of the Office of Peacebuilding and Policy and a pastor at the Church of the Brethren
Share

Religious institutions and their extended networks offer valuable avenues to address statelessness. These deep-rooted communities provide care for displaced and marginalized and can challenge laws and policies which fuel discrimination.

The World Council of Churches (WCC) began its work on statelessness in 2010. This has included engaging with its members across the globe - 350 church bodies representing 500 million Christians. The work started at the 10th Assembly of the WCC which approved a resolution on statelessness. I had the privilege of serving on the Public Issues Committee that brought this to the main body for approval. Joining in this early work connected me with our sister denomination, the Church of the Brethren in the Dominican Republic, which helped members navigate the difficult government systems for registering and correcting their nationality status. Later, I also worked with the US Department of State on this issue.

Within various religious institutions, there are mechanisms and processes which shape the life and actions of the church and its members. Developing church policy on a social issue provides education on a topic, but it also positions the specific issue in relation to previous conversations in the church. New statements build on old statements. For example, the World Council of Churches 2013 statement on statelessness references earlier commitments to human rights:

“The churches’ engagement with human rights has a long theological tradition. The underlying theological assumption of active concern for those who are suffering is the belief that all people created by God constitute an inextricable unity….These biblical and theological bases motivate us as churches and Christian bodies to express our Christian commitment and to be engaged in our prophetic witness to speak for the rights of those who are voiceless and marginalized as stateless people. The Christian family, therefore, ought to take up the plight of stateless persons as this struggle reflects our cardinal universal principles and values… Stateless persons are denied all of these rights and are unrecognized by any nation.”

Internal church policies then allow for investment in these commitments. For example, in the case of the Church of the Brethren in the US, my church and employer, we have had representatives or an office in Washington since the 1940s working on a wide array of issues including US lethal drone policy, immigration and asylum reform, nonviolence in humanitarian interventions and statelessness. Not only can this build a constituency which can act as a “normal” political actor, but church has its own public/political voice through ecumenical and interreligious relationships and agencies.

This is in addition to direct work with stateless people. For example, my office works as a part of the Washington Interreligious Staff Community which is made up of more than 70 similar offices. We each participate in topical working groups and are members of different coalitions and organizations. These partnerships extend beyond the faith community to NGOs, think tanks, and a range of other organizations and academics. Our Church of the Brethren has approximately 120,000 members in the US and just under 1,000 congregations. These congregations also collaborate in their own communities.

Mobilizing through these networks can have significant impact on government policy formation and implementation. Importantly, these networks are not limited to religious institutions, but extend to other institutions as well, so each can benefit from the strengths of the other. Connecting with these institutions and networks is an important asset to the work of addressing statelessness.

My second main argument is that theology and theological ethics are important dialogue partners even for those writing outside their religious tradition. This writing, deliberation, and study process is a practice of ethical/theological reasoning which is in direct conversation with other forms of knowledge such as political science, environmental science, ethics, political theory, and international relations. This practice of reading across what are sometimes considered discrete spheres of knowledge can act as a counter to hegemonic impulses of the nation-state. In the case of statelessness, the nation-state defines, adds or removes, and controls identities. This is true in a legal sense, as well as in political speech.

This reasoning is embedded in the logic and rationale of state functioning. Who belongs and why is typically defined in historic terms. The division and segregating of “those people” who are not “like us” or “part of us” profoundly shapes policy and its implementation. The public resurgence and strengthening of nationalisms has been much discussed in recent years. While religious bodies, such as my own, may stand in some level of discomfort with national identity as a dominant identity, the connection to rights and the ability to thrive within the state is of distinct concern. Engaging theological ethical reasoning can be a facet of discussing and expanding national identity.

Of course, the Western church and theology were historically a hegemonic force. Additionally, theology and the churches’ activities have been used to promote nationalism and racism. Yet, they have also been tools for liberation and cross-border reconciliation and justice.

Though religious bodies and theology have not always acted in the interest of all, avoiding either the institutions or theological/ethical argumentation is not the way forward. Certainly, as a clergy person and theological ethicist, I have more interest in the internal life of the church than many people. As such, for the churches’ sake, I want us to engage in this work. However, theology and theological ethics can also play a vital part in arguments and organizing to address statelessness. In the same way that artists’ contributions greatly enrich what could be narrowly seen as a political problem, so too can theological ethics add to both richness and effectiveness of such efforts.

Developing church policy and the corresponding call to action is greater than simply an internal discussion for the good of its own members—it is also a valuable part of a broader response to statelessness and the policies that create this. Theology and theological ethics alongside other forms of discourse should be engaged as useful tools to challenge the policies and rhetoric which create statelessness.

In an important step towards ending childhood statelessness, the new EU Strategy on the Rights of the Child recognises the impact of statelessness on…
8 Apr 2021 / Khadija Badri - Advocacy and Communications Officer, European Network on Statelessness 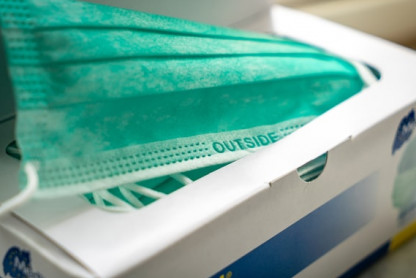 WEBINAR: Statelessness and the Right to Health beyond the pandemic