The Faces of Statelessness in Europe – the answers to the ‘wheres’, ‘whys’ and ‘hows’ on statelessness

Do you ever wonder where stateless people live, what their day-to-day lives look like or how they try to solve their predicament?

In an attempt to answer these questions UNHCR launched a new publication called "Stateless in Europe: Ordinary People in Extraordinary Circumstances". The brochure showcases the issue through the stories of stateless people from all parts of Europe. Whether it is the story of Maria who finally confirmed her Moldovan citizenship at the age of 74 or the story of 29-year old Victoria who was officially recognized as a stateless person in France in 2015 and now dreams of becoming a French citizen one day. All of these stories shed light on the lives of stateless people who live among us. They all have the right to belong.

Other stories of stateless people will make the reader think how often we take our citizenship for granted and what our lives would look like if we had none: Did you know that Michael, living in the former Yugoslav Republic of Macedonia, cannot be included as the father on the birth certificate of his son Stefan, because he is stateless and has no documents to prove his identity or that Maria, who was abandoned at birth and raised in Poland, was stateless and could only obtain Polish citizenship 17 years later?

Did you know that Alexander, a former Soviet citizen, who came to Slovakia more than twenty years ago, has been detained more than twenty times there, because he is stateless and is not allowed to stay in the country?

The Faces of Statelessness in Europe not only shows that there are stateless people in every European country, but also explains why people are stateless and what actions have been taken so far and still need to be taken by multiple stakeholders in order to end statelessness. Cooperation between different actors in Europe is vital to end statelessnes be it governments, regional organizations, national and local grassroot organizations and international NGOs, stateless people themselves or the United Nations. All of these have a role to play in ending statelessness. There is no doubt that a key role belongs to stateless people themselves and the need for their voices to be heard across Europe is essential. UNHCR has been conducting participatory assessment meetings with stateless people in different European states in order to learn from them about the obstacles they face in order to access or confirm citizenship in the country they live in, often the only country they have ever known.

UNHCR launhced its global Campaign to end statelessness, the #IBelong Campaign in 2014. This ambitious Campaign aims to galvanize others to join the fight against statelessness based on the individual stories of the struggle and resiliance of stateless people in Europe and around the world. In my work, I’ve also had the opportunity to meet many stateless people and I can tell you that the impact of statelessness is devastating, to say the least. Statelessness makes people feel like they don’t exist and don’t belong, that their lives are put on hold. I have also met formerly stateless people and can also tell you that becoming a citizen completely changed their lives. It is important to make sure that in the future these people belong and that we continue to work towards ending statelessness once and for all. 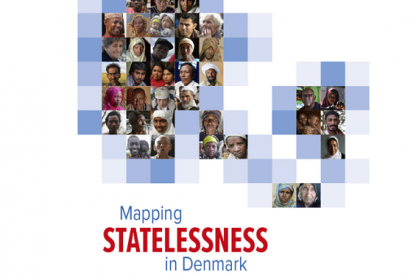 UNHCR’s representation for the Nordic and Baltic countries has conducted statelessness mappings in the eight countries in the Northern Europe region…
17 Mar 2021 / Eva Ersbøll - Senior researcher emerita, The Danish Institute for Human Rights