I am not alone: the United Stateless of America

For the past twenty years — my entire life — my parents and I have struggled to prove my nationality. It felt to me as if they had trouble proving that I existed. I was fifteen years old when I applied for DACA, the Deferred Action for Childhood Arrivals Program, implemented by President Obama for undocumented immigrants who arrived to the United States at a young age. I was finally old enough to qualify, and was genuinely excited to achieve such a sense of normality.

See, I had known I was undocumented for a very long time. I understood effortlessly that I “lacked papers,” and, due to this, was barred from doing certain things the people around me could. But I did not know, nor understand, why I faced more extensive challenges than the rest of my family. Ever since I arrived in the United States at the age of eighteen months, my parents were tasked with proving that I was a citizen abroad in order to begin establishing my legal presence in the US.

Yet this was harder than expected. My birth certificate from Greece was illegitimate in the United States, and my ethnic background made it impossible for my parents to claim birthright citizenship for me in that country. When we left for the United States when I was eighteen months old, I had not lived in Albania long enough to claim citizenship through my parents there either. I was stateless, but I lacked the proper vocabulary to describe the political limbo I found myself in. At the time I was just confused by the whole situation; it was clear that I existed and came from a different country, but why couldn’t we prove it? I had never heard of such a thing before, and at the age of fifteen, I assumed that I was the only one in this situation. I felt this sense of isolation, knowing that I had a new challenge to overcome: resolving my undocumented status.

Yet as I began to apply to colleges and continued to carry on past such adversities, the idea of this newly discovered status slipped my mind. It wasn’t until my first year of college that I stumbled upon the concept of statelessness and finally found a word to describe myself. It felt comforting to be recognized, knowing that others had faced similar scenarios as I had. Yet I didn’t pursue my search any further, not wanting to be disappointed by the lack of information I was finding. I realized that nothing existed in United States law or government publications recognizing statelessness within the US. So once again I dropped the issue, knowing in my heart I was stateless, but being too afraid to pursue it.

My life changed again a month ago. Out of sheer procrastination for my school work and genuine curiosity, I began to look for more information on statelessness. It was at that moment that I discovered United Stateless, an organization dedicated to advocating for the rights of stateless individuals, building community among the stateless in the US, and educating the masses about statelessness and its repercussions. I was immediately overwhelmed when I stumbled upon the stories of some of the organization’s members, shocked at how similar they were to mine. It was the first time in my life that I had read an account that I could truly identify with. Here was this group of people, stateless, undocumented, and in America. I had finally found people that I could completely relate to, a community that understood everything I was feeling. Yes, I was happy about this new discovery, but I also realized more in that moment. It took me all these years to find a few other people who face statelessness; there are so many more of us out there. There could be people in my exact position who do not know they are stateless, or if they do, are unable to find anyone else who is. There may be individuals who live in the shadows, fearful of immigration detention and a gross misunderstanding of their immigration status by US authorities.

A recent report by the Center for Migration Studies of New York has estimated that there are about 218,000 potentially stateless people, or people at risk of statelessness, currently living in the United States. Statelessness is an issue that requires the proper amount of salience in order to reach the American public and legislators. Studies such as this one provide crucial facts and figures that help map the depth and diversity of an issue and shape public perceptions of it.

Yet, it is important to remember that the figures in the Center for Migration Studies report are only estimates. Because the US government does not gather data pertaining to statelessness, it is impossible at this point to say with certainty how many stateless individuals there are in the US. United Stateless has only accounted for a handful of these individuals, meaning there may be thousands more who cannot access proper resources for sustainable living. There are a few of us, who have been courageous enough to come out of the shadows and begin fighting for our group, yet it becomes difficult to provide proper assistance when we are unable to locate where these stateless residents reside.

United Stateless is beginning to formulate a plan of action to provide a network of outreach to stateless individuals and advocates who want to learn more about these issues. Still, further empirical studies and action are needed in order to properly account for all of these people, who may be unaware, as I was, that there are others out there with a similar story. United Stateless has drafted a position paper, which can be found on our website, that contains actionable steps that Congressional leaders, stateless individuals, human rights advocates, academics, and the public at large can take to build on the work that the Center for Migration Studies has published. Our hope is to maintain momentum in our fight to address a dire fact: statelessness in America is a problem with no legal recognition and no current solution. United Stateless, and other groups that are dedicated to tackling this issue, will continue to provide awareness and support for stateless individuals across the country, and will advocate as necessary for a viable solution. I am no longer alone in my journey of statelessness, and I hope to welcome and support other individuals with stories like mine in the future. 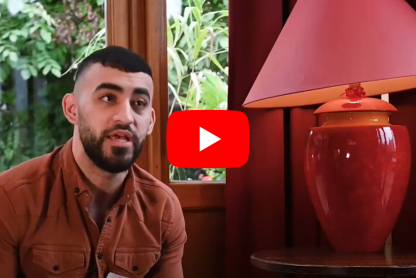