'I feel that I belong too’ – stateless Roma in Europe

Thirteen-year-old Lirije is a stateless Roma girl who lives in Skopje, in the former Yugoslav Republic of Macedonia. Like her, more than 75% of the world’s known stateless populations belong to minority groups. This is one of the findings of the latest UNHCR report, “This is our home”: Stateless minorities and their search for citizenship, released on the third anniversary of the #IBelong Campaign in November 2017.

While their history, location, religion, language and looks may differ, stateless minorities around the world report the same struggles: their difficulty in accessing basic rights such as education, healthcare, employment, freedom of movement and the right to vote; the fear and discrimination they face in their day to day lives; and the perpetual cycle of statelessness that is passed on to the next generation. Left unaddressed, their protracted marginalization can build resentment, increase fear and, in the most extreme cases, lead to instability, insecurity and displacement.

In Europe, the best known minority group affected by statelessness are the Roma. Their plight was the topic of a meeting in the European Parliament organised by UNHCR anf the European Network on Statelessness where over 50 participants discussed steps to address statelessness among Roma in countries that are part of the enlargement process, as well as within the EU. UNHCR and ENS co-organized the event that was hosted by Soraya Post, Member of the European Parliament (MEP), the Parliament’s Anti-discrimination and Diversity Intergroup and its Intergroup on Children’s Rights. 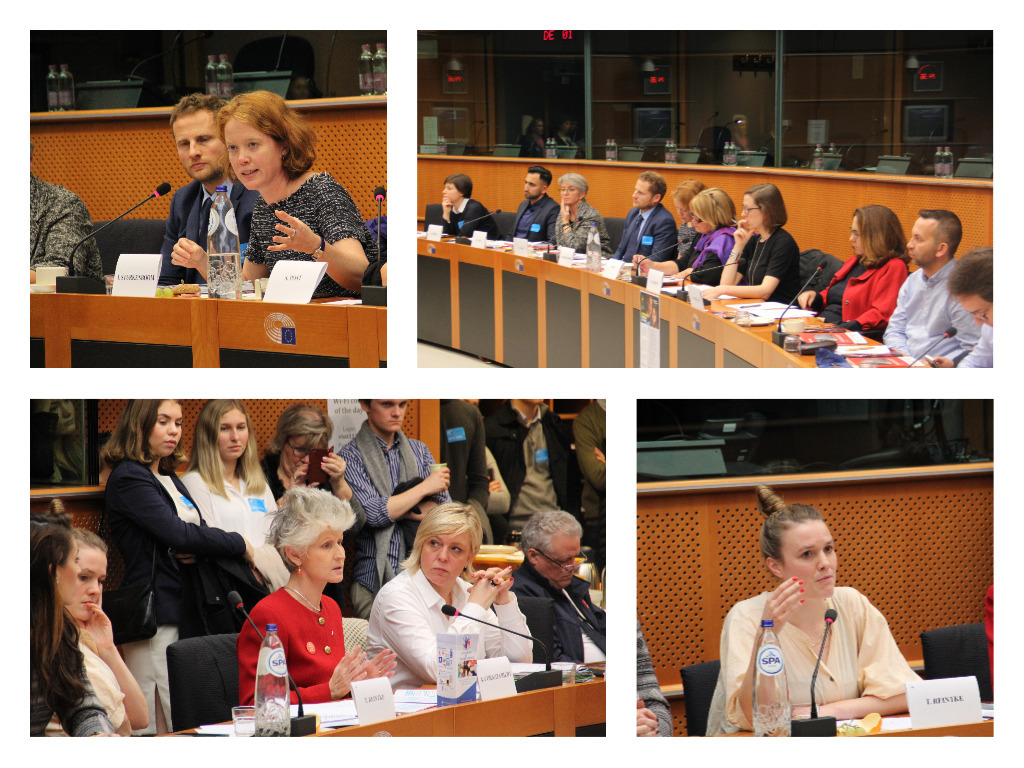 MEP Post (S&D), Roma herself and a long-time advocate for Roma rights, presented her report and resolution on the Fundamental rights aspects in Roma integration in the EU: fighting anti-gypsyism, adopted by the European Parliament in October 2017. She says ‘I was born condemned. I was raised by society as a second class citizen. I was born in 1956 and this still exists today.’ UNHCR showed other testimonies of Roma in the former Yugoslav Republic of Macedonia, in France and in Italy, highlighting the impact of statelessness on their daily lives.

ENS shared the findings and recommendations to States and the EU institutions that came out of its report Statelessness, Discrimination and Marginalisation of Roma in the Western Balkans and Ukraine. The report as part of its #RomaBelong project, a joint initiative by the European Roma Rights Centre, the Institute on Statelessness and Inclusion and ENS in collaboration with partner organisations in Albania, Bosnia and Herzegovina, the former Yugoslav Republic of Macedonia, Montenegro, Serbia and Ukraine.

Elvis Berisa from Montenegrin NGO “Walk with us” explained that those most affected by a lack of nationality in Montenegro are women, children and the elderly, who are often denied healthcare and access to education.

MEP Corazza Bildt (EPP) said: "It is unacceptable that still nowadays people are born stateless in Europe! Roma children are European children like everybody else. We need to change the rhetoric around Roma people & put an end to their stigmatization!" In addition, MEP Hilde Vautmans (ALDE), highlighted the “triple discrimination” that stateless Roma women and girls face, as Roma, as women and as stateless persons.

Exact data on statelessness among Roma in Europe is lacking, which makes it easier to deny the seriousness of the issue. Based on the work of governments, local authorities and civil society organisations who work with Roma throughout Europe, it is safe to say that thousands of people are affected, in EU Member States as well as in (potential) candidate countries. They lack birth certificates or any other identity document, leaving them unable to prove their entitlement to a nationality. Major obstacles to obtaining documents are the complex administrative systems, procedures and often insurmountable evidentiary requirements imposed on applicants. In addition, discriminatory treatment hinders their enjoyment of basic rights.

In addition, European Union Institutions should ensure that discrimination against Roma and statelessness in the Western Balkans is comprehensively addressed as a matter of priority through the EU enlargement process.

Marta Garcia Fidalgo from DG NEAR and Margaret Tuite from DG JUSTICE acknowledged the concerns expressed and set out ways in which Roma statelessness and concerns around birth registration are and could be addressed within the EU as well as in enlargement negotiations.

MEP Terry Reintke (Greens) added that ‘structural funds should be used to address issues like statelessness which affect marginalized communities in the Western Balkans, something that the EP can influence.’

Events like yesterday’s prove the growing interest in addressing issue of statelessness among EU actors but also brought to light that more should be done to tackle statelessness among the Roma in a more comprehensive and structured way. The EU definitely has an important role to play in this process. As MEP Hilde Vautmans concluded during the reflections of the role of the European Parliament: ‘The EU must take the lead in addressing this issue, and be an example for others’.