Innovations in Russian Legislation on Citizenship

Blog
Svetlana Gannushkina, Chair of the Civic Assistance Committee and a Member of the Council of the Memorial Human Rights Centre
Share

The issue of the need to determine the legal status of former citizens of the USSR who had been living for long periods on Russian territory, had been raised by non-governmental organisations many times in the past. The Government Commission on Migration Policy, restored in 2008 by the then President Medvedev, brought up this very issue at its first meeting. The initiative came from Svetlana Gannushkina and Lydia Grafova, members of the Commission from the non-governmental sector. Around the same time, the need to establish an amnesty or to regularise those who had received a Russian passport, but where there had been a violation of the procedure for being granted Russia citizenship, was also raised on more than one occasion. These violations often happened because the staff of the passport service were not well-qualified. They would mix up the concepts of recognition and acquisition of citizenship. In doing so, they would often issue passports to individuals who could only become citizens on the basis of naturalization, forgetting to take a naturalization application from persons who did not have the right to be “recognised” as citizens.

At the Commission working group, staff from the Federal Migration Service of the Russian Federation (the FMS) worked with NGO colleagues to elaborate a simple draft law to legalise former citizens of the USSR and their children, with subsequent acquisition of Russian citizenship. At the same time, the Committee on Constitutional Supervision of the State Duma was drawing up another bill, one that was more complicated to implement in terms of its legal approach.

Meanwhile, the FMS did not have time to wait for the completion of the legislative process, as they were constantly answering questions from people, often elderly, who only had a Soviet passport and who, after the fall of the USSR, had lost all links with the state, to which they had been sent at some time or other in Soviet times, to “break new ground” or to build a factory and which had now gained independence. The urgent need to solve this long-standing issue, one that had made hundreds of thousands of inhabitants of Russia illegal residents, forced the FMS to take their own independent measures, at least to try and solve this question temporarily. So towards 2010 a system was set up to enable the identification, legalisation and gradual acquisition of Russian citizenship by those former citizens of the USSR and their descendants who had arrived on the territory of the Russian Federation before 2002, that is before the harsh new Laws “On Citizenship” and “On the Legal Status of Foreign Citizens” were passed. This system was not prescribed in law, but was regulated by official letters of instruction by the FMS. The system should have been legalised, simultaneously exonerating those who had had their passports taken away from them so ruthlessly, with no way of getting them returned.

Meanwhile, work on the draft laws continued for several years and finally, the second of the two was passed and on 12th November 2012 it came into force.

The Law grants the right to acquire citizenship of the Russian Federation through a procedure recognising as Russian citizens the citizens of the former USSR, who:

The Law also seeks to regulate the legal status of citizens of the former USSR who have been present on the territory of the Russian Federation and who:

-          received a Russian passport before 1st July 2002, but for whom Russian Federation citizenship was not confirmed, having citizenship of another state, but no valid document confirming their right to reside in that foreign state;

-          arrived in Russia to live before 1st November 2002 and had not been granted Russian citizenship according to the prescribed procedure, if the persons concerned do not have citizenship of a foreign state and a residence permit in the foreign state. It also applied to their children (both those who have attained adulthood and those who are still minors) .

It is also foreseen that those who applied to renounce citizenship of the Russian Federation can have it reinstated, not only according to the general procedure, but also through a simplified procedure, if the corresponding criteria are applicable.

The FMS has put in place the mechanisms to implement the law and instructed its territorial branches to regularly report on the implementation of the law and to work with the media to explain the procedure.

Despite the instructions of the FMS, the new provisions of the Law “On Citizenship of the Russian Federation” are being implemented differently in different regions of Russia. In the Samara Oblast, for example, the process of legalisation is very intense. In the Krasnodar Krai, where there are a lot of people who belong to the above-mentioned categories, the sabotage usual for this region is taking place.

We should also recognise that the value of these innovations is not quite as high as it could be, as they are not applicable to those former citizens of the USSR, who applied to the embassies of their country of origin and received a passport, because they had been living on the Russian territory without any valid documents for so long. This is mainly an issue for Georgians from Abkhazia who cannot return to Abkhazia. There were many of them who found themselves without documents and, often following our advice, received Georgian passports so they could start the process of legalisation in accordance with the mechanism set up by the FMS. However, in the new regulations contained in the Law of the Russian Federation, “On Citizenship” that possibility does not exist. The Law does allow foreign citizens to legalise their status, but for some reason, this only applies to those who do not have an official document to confirm that they have citizenship of another country.

Work to improve legislation in the Russian Federation with the aim of making it easier to be granted citizenship continues to this day. In the Duma there are several new bills under examination, society is still discussing this issue, and NGOs are still working on new suggestions for change.

This joint submission to the 39th Universal Periodic Review (UPR) on Hungary, was submitted by the European Network on Statelessness, the Institute…
29 Mar 2021 / Submission 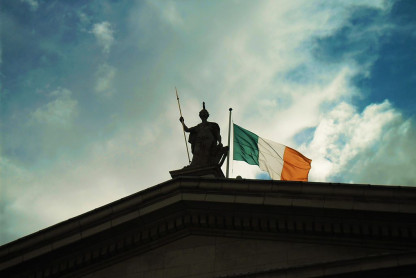 This joint submission to the 39th Universal Periodic Review (UPR) on Ireland, was submitted by the European Network on Statelessness, the Institute…
29 Mar 2021 / Submission