** This is an edited version of a longer article first published in the Statelessness and Citizenship Review. Thanks to Adam and SCR for their permission to re-publish.

Surrogacy — a woman carrying and giving birth to another person’s or couple’s child — is prohibited in some countries. This creates problems when people living in a country where surrogacy is banned — such as France — travel to places where it is allowed, have surrogate children, return home and then seek recognition that they are those children’s parents. These situations — which can occur worldwide — create a risk of statelessness when neither the country of birth nor the country of the parents’ nationality recognises these children as their citizens by operation of law.

The French authorities have, in the past, refused to register the births of children born abroad through surrogacy arrangements organised by French parents. This refusal will not necessarily lead to statelessness. In the case of Mennesson v France, it did not: the children were born in the USA (see also Foulon v France). But if they had been born in a country without jus soli, the children would have been at risk of being stateless.

Facts of the case

The Mennesons are husband and wife. They could not conceive a child. They decided to have a child through a surrogacy arrangement, combining the husband’s sperm with a donor’s egg, and implanting the embryo in the uterus of another woman, who was not the egg donor. They travelled to California, where surrogacy arrangements are legal.

Following the birth of their twins Menessons were unable to obtain recognition in France of the parent-child relationship legally established between them in the United States. As a result the parents were unable to secure documents recognising their children’s French nationality (you can read the full account of facts here).

When the case reached the European Court of Human Rights in 2014, the court found that France had violated the children’s right to respect for their private life, protected under Article 8 of the European Convention on the Protection of Human Rights and Fundamental Freedoms (ECHR). Following that judgment, the case law in France changed, making it possible for children born to a surrogate mother abroad to obtain a birth certificate indicating the name of the intended father if he was also the biological father. It was still impossible for the intended mother to be included in the birth certificate. She could nonetheless adopt the children. Following the 2014 judgment, in February 2018 the French Civil Judgments Review Court (which has the power to reopen cases) granted a request for a re-examination of the couple’s appeal. That led to a new set of proceedings before the Court of Cassation. In the course of those proceedings, the Court of Cassation made the first-ever request to the European Court of Human Rights for an advisory opinion under Protocol no 16 of the ECHR. Courts of last resort in states such as France that have adopted the Protocol can request such an advisory opinion.

In the 2019 case, the Court of Cassation formulated two questions in its request for an advisory opinion from the European Court of Human Rights.

1.  By refusing to enter in the register of births, marriages and deaths the details of the birth certificate of a child born abroad as the result of a gestational surrogacy arrangement, in so far as the certificate designates the ‘intended mother’ as the ‘legal mother’, while accepting registration in so far as the certificate designates the ‘intended father’, who is the child’s biological father, is a State Party overstepping its margin of appreciation under Article 8 of the European Convention for the Protection of Human Rights and Fundamental Freedoms? In this connection should a distinction be drawn according to whether or not the child was conceived using the eggs of the ‘intended mother’?

2.  In the event of an answer in the affirmative to either of the two questions above, would the possibility for the intended mother to adopt the child of her spouse, the biological father, this being a means of establishing the legal mother-child relationship, ensure compliance with the requirements of Article 8 of the Convention?”

In its 2014 judgment, the Court found that the interference was ‘in accordance with the law’, because it had a sufficiently predictable basis in French domestic law: the couple should have known there was a serious risk the French courts would not allow the children’s births to be registered. The Court also found that the interference had a legitimate aim: dissuading parents from travelling abroad to undertake surrogacy arrangements, which is part of protection of public health and the protection of the rights and freedoms of others.

When it came to the question of proportionality, the Court looked first at the rights of the parents, and then those of the children. The Court found that, as far as the parents were concerned, there was no violation: the parents were able, in practice, to live with the children and enjoy family life with them. However, the interference was not proportionate when it came to the children. The children were confronted with a ‘worrying uncertainty as to the possibility of obtaining recognition of French nationality’. They would also be unable to inherit from their parent’s estates. While France might want to discourage its citizens from travelling abroad to engage in surrogacy arrangements, the consequences raised serious questions about the best interests of the child. This was particularly so where one of the intended parents was the child’s biological parent. As a result, France had violated the right to respect for the private life of the children. The Court decided it was not necessary to consider the complaint about discrimination. The Court also did not find that there were any fair-trial issues.

In the 2019 advisory opinion, the Court found that

the right to respect for private life ... of a child born abroad through a gestational surrogacy arrangement requires that domestic law provide a possibility of recognition of a legal parent–child relationship with the intended mother, designated in the birth certificate legally established abroad as the ‘legal mother’.

The Court was particularly concerned with ensuring respect for the best interests of the child. The Court explicitly stated that ‘there is a risk that such children will be denied the access to their intended mother’s nationality’. The Court also raised the possibility that the children might not be able to live in the intended mother’s country or inherit from her. However, the Court did not find that France was required to register the intended mother as the ‘mother’ on the child’s French birth certificate. Any effective mechanism to recognise a genuine relationship between the child and the intended mother would suffice. Adoption was a possible solution, even if it meant there would be some delay and legal uncertainty in the situation of the child.

The Court’s analysis in the 2014 judgment is more thorough than usual, taking each point (legal basis, legitimate aim, proportionality) and subjecting it to exceptionally extensive scrutiny. The couple had argued that the entire family’s rights had been violated. The Court made a special point of examining the parent’s and children’s rights separately under the rubric of proportionality, and only finding a violation of the children’s rights. The implication is clear: the parents were responsible for the situation, while the children, whose best interests were at stake, were blameless.

Although statelessness was not at issue, the Court indirectly considered the matter, explicitly recognising that nationality is an element of a person’s identity and that the uncertainty facing the children about their French citizenship contributed to the finding of an art 8 violation. It seems clear that if the children had been at risk of statelessness, their case would have been even stronger.

As extensive as the 2014 judgment is, the 2019 advisory opinion leaves open some questions related to the risk of statelessness among children born through surrogacy arrangements. Notably, the Court’s finding — that it is enough to allow the intended mother to adopt her child — might not guarantee that a stateless child can acquire a nationality, especially if adoptive mothers cannot pass on their nationality to their adopted children. Furthermore, the Court did not clarify what happens when the child has no biological link with either intended parent. The Mennesson twins’ biological father was also their ‘intended father’. What if that had not been the case?

This was not a case about statelessness. It was fundamentally about the right of children to a legal identity. It was also, more broadly, about the idea that children should not be held responsible for their parents’ actions. The Court made this clear by concluding that only the children’s rights had been violated. It is an approach that can apply to many other situations, in particular migration. Given the urgency of birth registration and the clarity of the 2014 judgment, the fact that the 2019 advisory opinion was necessary at all is worrying: the children’s birth registration should have been resolved soon after the 2014 ruling, while they were still children. In effect, they had to wait until they were almost fourteen years old for the European Court of Human Rights to find that they had a right to have their births registered in France — an essential aspect of establishing their French nationality. And yet, a full five years later, the case was still ongoing. At eighteen years-old, the children are still engaged in a legal battle to determine their legal relationship with their mother. All of this is hardly compatible with their human right to have their births registered ‘immediately’.

The Statelessness and Citizenship Review (SCR) is a joint initiative of the Institute on Statelessness and Inclusion and the Peter McMullin Centre on Statelessness at Melbourne Law School. It is the world's first and only journal to be entirely dedicated to advancing the understanding of statelessness and related citizenship phenomena and challenges, helping to meet the growing demand for the exchange of ideas and knowledge among scholars in the blossoming field of statelessness studies. Two issues of the SCR were published in 2019, comprising a total of ten articles, six case notes and a series of commentary pieces. The next deadline for submissions to the SCR is 15 July 2020 and further information for prospective authors can be found here. 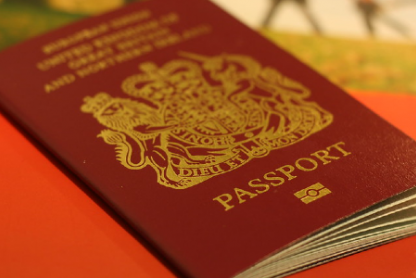 Representing stateless people in the UK: a practitioner’s view

A recently published UNHCR audit of statelessness determination in the UK showed that, whilst there is some positive practice in the UK’s…
25 Feb 2021 / Claire Splawn - Statelessness Project Coordinator and Caseworker, Asylum Aid 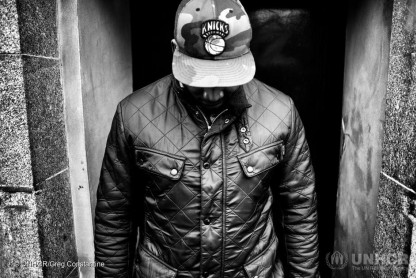 Statelessness Determination in the UK: UNHCR audit reveals the need for fundamental changes in approaches taken to decision making

UNHCR has published a report detailing findings from its audit of the UK's statelessness determination procedure. The report reveals a number of…
18 Feb 2021 / Sarah Elliott – Legal Officer, UNHCR UK 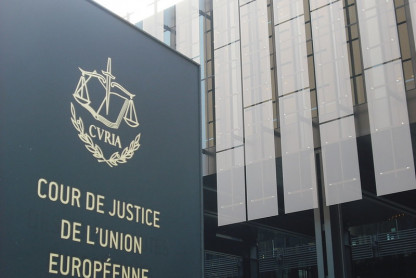 Protecting the right to a nationality for children of same-sex couples in the EU – A key issue before the CJEU in V.M.A. v Stolichna Obsthina (C-490/20)

The enjoyment of LGBTIQ* rights varies across Europe. As a result, children of same-sex couples can face problems with recognition of civil status,…
3 Feb 2021 / Patrícia Cabral – Legal Policy Officer, European Network on Statelessness