HIAS works worldwide to protect refugees whose lives are in danger for being who they are. In 14 countries across five continents, we ensure that displaced people are protected and treated with dignity.

HIAS Kyiv was established in 2001 and specialises in providing assistance and protection to asylum seekers, refugees and stateless persons in Ukraine, with a special emphasis on the protection of vulnerable persons. Working for many years to protect the rights of vulnerable migrants, including as a UNHCR Implementing Partner in Ukraine, HIAS Kyiv has contributed to the building of a humane asylum and migration system and by training local judges, immigration and law-enforcement officials, and law students, and by developing legislative proposals and administrative regulations.

The statelessness situation in Ukraine

In 2010, UNHCR estimated that at least 35,000 people in Ukraine remained stateless including, for example, Roma, deported Crimean Tartars, stateless migrants, and former USSR passport holders. Beyond these headline figures, however, very little is known about stateless persons in Ukraine.

There is no formal statelessness determination procedure in Ukraine and the current legal regime in Ukraine bars the majority of stateless persons from becoming documented. For example, one legacy of the USSR is the concept of registration at a person’s place of residence and any appeal to an official, including an application for identity documents, may only be made by a person who is legally residing in Ukraine. As a result of this, stateless persons find themselves in a Catch-22 situation – denied even a starting point from which to resolve their problem.

With the accession of Ukraine to the 1954 Convention relating to the Status of Stateless Persons and the 1961 Convention on the Reduction of Statelessness, it was hoped that improvements would be made to the legislative framework but unfortunately, there has been no progress to date.

Given how little is known about statelessness in Ukraine, a real need was identified to better understand the scope of the problem and the causes of statelessness within Ukraine. HIAS Kyiv, funded by UNHCR, embarked on a three month research project to address these needs, in particular to conduct a gap analysis of national legislation on statelessness.

In addition, a short analysis of the different groups of stateless persons in Ukraine was conducted, along with an assessment of the causes of their statelessness. This included contacting a number of NGOs across Ukraine who work with stateless persons to gain a better understanding of their client groups.

Dmitri is stateless. Born in 1985 to a family of nomadic reindeers-breeders in the remote area of Yakutia in the Russian Federation, his birth was not registered and no documents were issued to certify either his birth or his identity. When Dmitri was 13, his mother died and Dmitri decided to leave his family. For seven years he wandered throughout Russia and the former soviet republics of Central Asia. During this period he was exploited and forced to work on numerous occasions by both private individuals and by police officers, who used him as forced labour for their private purposes.

In 2011 Dmitri arrived in Ukraine, crossing the border illegally. Once in Ukraine, he travelled south and was attempting to cross the border into Moldova when he was stopped by the State Border Guard Service. The Odessa District Administrative Court ruled that Dmitri should be expelled from Ukraine, and placed him in a detention centre prior to his removal. However, the court also established that Dmitri did not possess any identity or travel documents, thereby rendering his expulsion impossible. With the help of a lawyer from HIAS Kyiv, Dmitri successfully managed to appeal against this judgment.

After his release in 2012, Dmitri travelled to Odessa and lodged a request with the local department of the State Migration Service for this temporary residence permit to which he was entitled. However, his request was refused. During this time, the consulate of the Russian Federation also issued a certificate stating that he was not registered as Russian citizen nor as a resident of the Russian Federation.

Whilst Dmitri has managed to take the first steps towards obtaining identity documents, these are only valid for just one year. It is not yet known what the future will be for Dmitri and what other obstacles he will encounter in striving for legal status in Ukraine.

A report with the project findings, along with a number of recommendations on how to reduce statelessness in Ukraine was produced and presented at a roundtable meeting in December 2013. This meeting provided the first opportunity since the Statelessness conventions were ratified for open and constructive dialogue on Statelessness with Government officials, offering a new insight into the problem. Present at the meeting were a number of key state representatives from the State Migration Service (including regional representatives), the Presidential Administration, and the Border Guard Service. Also present were representatives from NGOs across Ukraine who work on Statelessness, including from Odessa, Kharkiv and Simferopol.

During the meeting an extremely productive discussion was held regarding the current situation and what the next steps should be. Firstly, the Government committed to prepare a package of legislation to harmonise the existing legislation related to statelessness to the ratified UN statelessness conventions so as to facilitate access for various categories of stateless persons to obtaining documentation and acquiring citizenship in Ukraine. They indicated that they would be willing to work alongside HIAS Kyiv to develop this and as such we, along with UNHCR RR Kyiv, will be working closely together on this in the coming months.

HIAS Kyiv is currently seeking funding to support the legislative drafting work, and for the planning and implementation of the mapping study. We will also continue our national campaigning and advocacy efforts as part of the European Network on Statelessness campaign to improve protection for stateless persons in Europe which was launched in October last year. 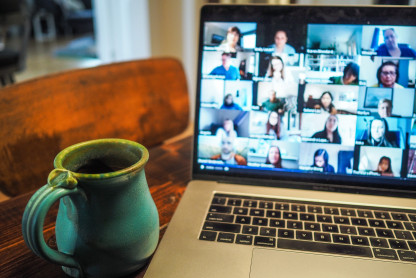