A welcome first step towards tackling statelessness in Poland

This year Poland celebrates 25 years of freedom, an anniversary marked by the country’s first democratic vote, the end of communist regime and embracing the international human rights standards. Still, as of 2014 Poland remains a member of an exclusive club of states (alongside Malta, Cyprus and Estonia) still not party to either of the UN Statelessness Conventions.

There is no simple answer as to why the plight of the stateless in Poland has hitherto never been sufficiently addressed from a legal angle. For one, this group is invisible, unrepresented and according to the only existing research, it is also not numerous. This does not diminish however the helplessness of those who are trying to survive as “legal ghosts”, who may find themselves in a situation where they cannot be employed, rent an apartment or get married and if the worst comes - they may even face long yet pointless detention.

Andrey, one of the stateless persons my organization interviewed in Poland, and who later agreed that parts of his story could be shared in a European Network on Statelessness (ENS) campaign video, has experienced just that. He was born in the USSR, a country which no longer exists, much like his nationality. None of the countries that emerged after the dissolution of the Soviet Union accepted him as a citizen. He is Russian, he speaks Russian, but legally he is a foreigner wherever he goes. For 7 years he has been in vain trying to legalize his stay in Poland through the refugee procedure, going through detention twice, and never receiving any sort of legal status. When asked about how it feels to be stateless he said:

“For me this is some kind of paradox, this is a legal gap and it is… unthinkable… I want to live among people, among ordinary people, like an ordinary person (…), to work and not stand out from other citizens.”

His story is far from unique, as evidenced by the testimonies of Azat and Xavier, interviewed by my organization and included in the ENS publication Still Stateless, Still Suffering.

Even though Poland took steps aimed at reducing statelessness by actions such as introducing the new law on citizenship, not enough attention has been given to those already deprived of a nationality bond. A formal procedure of identifying the stateless was never introduced and as a result when the Border Guard cannot confirm the identity and nationality of a foreigner, they are simply thrown into a legal limbo, unable to be returned to their former country and having a rather slim chance of legalization in Poland (this limbo has happened to nearly 800 persons in the past 2 years).

Last year the Halina Niec Legal Aid Center - HNLAC (a member of ENS and actively engaged in the Network's 2014 campaign) initiated a project dedicated to research and advocacy concerning the stateless called “The Invisible – Stateless Persons in Poland”. Apart from conducting research, the aim of the project was convincing Polish authorities to accede to both the UN statelessness conventions and to introduce necessary Polish procedures. The report which was drafted after several months of desk research accompanied by consultations with different governmental agencies and individual interviews with stateless persons, was circulated among a broad group of stakeholders. The issue of statelessness was also communicated to the general public, who were also invited to take part in an action of petition signing. Two press conferences, one international conference co-organized with UNHCR, several NGO meetings, hundreds of emails, letters, phone calls and conversations later, a glimmer of hope can finally be seen.

This week the HNLAC received a formal reply to its recent enquiry calling on Poland to sign both statelessness conventions, directed to the Citizenship and Repatriation Department of the Polish Ministry of Interior. In its reply, the Ministry announced that having completed its internal legal consultations, it had decided to recommend that Poland signs the 1961 Convention on the Reduction of Statelessness. The letter also indicated that, at the same time, further analyses are being prepared in order to decide whether accession to the 1954 Convention relating to the Status of Stateless Persons is also possible and necessary which means that there is a chance that this instrument might also soon be adopted.

It is too soon to say exactly when the Convention will be formally signed, but the Ministry’s decision seems to be final. The HNLAC and UNHCR in Poland will continue their dialogue with the authorities and further monitor the process of accession, offering its expertise if needed. It is indeed great news that the Polish authorities are considering acceding to both these important international treaties but one should remember that many challenges still remain. Andrey probably doesn’t care about the Ministry’s letter all that much right now. His life will become “normal and ordinary” only when he will be able to benefit from a direct legal solution, one that will give him not only a chance to settle, live and work in Poland but also to obtain a travel document. And there is still a lot to be done in order to achieve such a state of affairs. Adopting international standards is just a very welcome first step, but even a journey of a thousand miles begins with such. 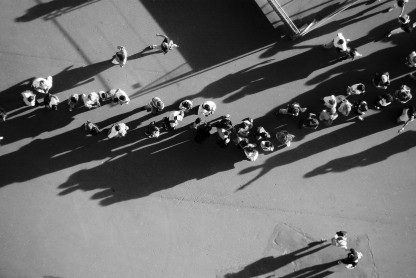