Will the new Nationality and Borders Bill increase childhood statelessness in the UK?

Statelessness is one of the least understood aspects of the myriad of immigration and citizenship issues in the UK. Few people are aware of it, fewer still are working to support stateless people in the UK and fewer still again stateless children. Yet the short- and long-term impacts of statelessness are significant, especially for children.

The true number of stateless children in the UK is unknown – there are statistics on the number of stateless children being granted British citizenship (for example in 2020, 944 from a total of 30,656 were recorded as stateless) – but this number is not disaggregated and only identifies those recorded as stateless by the Home Office. This lack of data is hindering a true understanding of the issue and hampering efforts to resolve children’s status. Stateless children continue to slip through the net due to preconceptions and misconceptions that at best pigeonhole them into other immigration categories causing them to miss important age-based deadlines to regularise their nationality status compounding their longer-term security, but at worst leaving them in legal limbo.

Whilst it’s probably true that many stateless children in the UK have a recent migrant background, many were also born in the UK. In our report published on Tuesday - “Invisible Kids – Childhood Statelessness in the UK” -we are attempting to raise awareness of the issue, debunk some myths, highlight the options available to stateless children and identify support and assistance gaps.

The report identifies situations where children are - or are at risk of becoming - stateless ranging from the more obvious situations such as children of parents who are stateless refugees, through to children of single or unmarried mothers unable to pass their nationality onto their children due to the discriminatory nature of the laws in their countries of nationality, or those children unable to prove their nationality due to a lack of access to relevant documentation.

After consultation with legal and policy experts, frontline professionals, and representatives of communities affected by statelessness in the UK, a number of key challenges emerged.

1.) General lack of awareness and focus

There is a general lack of awareness and focus on stateless children, in part because they often have other status issues that are more easily identifiable, but also due to a lack of understanding of the issue by their carers. For example, many believe that a child born in the UK or who has a birth certificate issued in the UK is automatically entitled to British nationality. This is not the case, and many children only discover this years later when trying to access documentation, such as passports, or services.  This is especially the case for children in State care. Our research revealed that amongst social workers and other support workers there is confusion around identity, nationality, ethnicity, and immigration status. One organisation identified 22 children (since 2017), most of whom were in care, that could not access or prove their nationality.

Whilst there are several routes through which stateless children in the UK can acquire British citizenship, our research showed that even when potential statelessness issues had been identified, many stakeholders were uncertain or unaware of where or how to refer them to competent support and advice.

Other issues, such as immigration status were prioritised due to a better understanding of the relevant procedures, better access to advice and support, or the sheer complexity of proving statelessness and nationality status in some cases. This is in part due to a lack of access to competent and affordable legal advice due to ongoing reductions in legal aid (particularly in England and Wales) that have resulted in difficulties accessing legal advice on immigration and nationality issues overall. Those providing such services are often over-subscribed meaning accessing this limited support is further curtailed.

The very high registration fees currently in place for children to register as British citizens were also raised by many of our contributors as a significant additional barrier to some stateless children resolving their statelessness, even if they can access legal advice. Maintaining such high fees for stateless children born in the UK to acquire British citizenship contravenes international law and is subject to an ongoing legal challenge. However, for the time being, the fee is over £1,000 per child with no exemptions or reductions.

The case of Aisha is highlighted in our report. She was born in the UK to a stateless father and a mother who cannot pass on her nationality due to discriminatory laws in her country of nationality. Her parents paid the fee to apply to register her as a British citizen, but, unable to pay for or access legal advice on top of this, their application was refused as Aisha was too young to be registered as British at the time of their application.

Even when advice is accessed, many children face difficulties proving their statelessness. This can be because they don’t know what evidence to provide, or they can’t provide it, as seen in the case of Julia. Even though she was born in the UK to a British citizen mother, Julia has been unable to prove her citizenship due to complications relating to her mother and grandmother’s documentation. This situation is further exacerbated by the implications of Brexit. For example, Dora’s British father could not be recorded on her birth certificate because he was subject to a domestic abuse non-molestation order, but without his participation, Dora is stuck in limbo and cannot apply for a British or Spanish (her mother’s nationality) passport or identity document, nor EU Settled Status.

Whilst the UK is not the only country where stateless children face hurdles accessing a nationality, the evidence in our report shows that there are significant law, policy and practice gaps, which are preventing many of these children from securing their future. The UK Government has proposed to introduce further restrictions to the law safeguarding the right of children who would otherwise be stateless born in the UK to acquire British citizenship. The Nationality and Borders Bill underwent its second reading in Parliament this week. The proposals are clearly not aimed at reducing childhood statelessness in the UK as they do not address any of the identified issues, in fact they have the potential to make resolving childhood statelessness in the UK even harder, not to mention likely breach the UK’s international obligations under the 1961 Convention and the Convention on the Rights of the Child.

The evidence in our report should remind the UK Government, parliamentarians, and other actors that, through no fault of their own, stateless children face immense emotional and practical hurdles on their paths to citizenship. The amendments proposed in the Bill are disproportionate and serve no purpose but to obstruct that already problematic and uncertain path for this group of children.

For ENS, this report is just one part of a broader project supported by the Paul Hamlyn Foundation to increase knowledge and awareness of childhood statelessness in the UK. On the 9th September, we will be hosting an online event to discuss the findings with affected communities, practitioners and parliamentarians, and our ongoing work with our UK members will ensure that this issue continues to gain the attention it deserves. 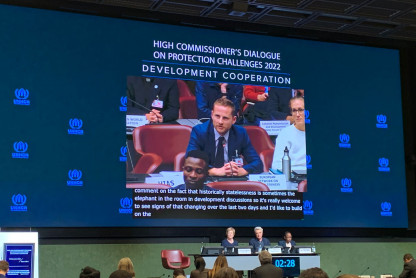 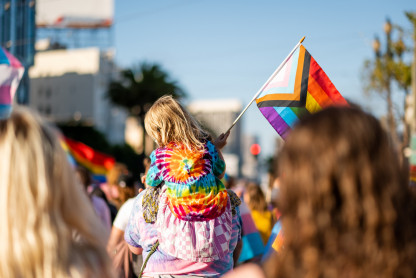