Ahead of our forthcoming #LockedinLimbo campaign event in Strasbourg on 11 October, ENS talked to Stephania Kulaeva, Director of ADC Memorial, an ENS member organisation working with stateless people in the countries which were part of the former Soviet Union.

Your organisation is best known in the statelessness community for your role in securing the landmark judgement in the "Kim vs Russia" case in the European Court of Human Rights. Can you tell us what drew your attention to the problem of statelessness in the first place and what is the true extent and scale of the issue in Russia today?

Our organisation ADC (Anti-Discrimination Centre) Memorial has been working for more than a decade on migrants’ rights and protection of minorities against discrimination. Most of the clients we see are from the former Soviet Union, many of whom have difficulties proving their identity and lack identification documents. In 1991, the collapse of the USSR meant the end of Soviet citizenship for more than 200 million people. Most people became citizens of the new countries that succeeded the former Soviet Union. However, some of these newly formed countries were not very hospitable to certain ethnic groups and have refused to grant nationality to them.

A good example is the case of Roman Kim whose appeal to the European Court of Human Rights we supported (and still support in terms of our efforts to implement the general measures put forward in the judgment). Mr. Kim is a member of the Korean ethnic minority, who used to live in the far east of Russia near the border with Korea. The Koreans became the first of the many unfortunate ethnic which were forcibly moved to the Central Asian republics. Mr. Kim’s family ended up in Uzbekistan where he grew up, though he never felt he belonged there. When he was an adult, he took his Soviet passport and moved to Russia. However, he didn’t acquire Russian citizenship; neither did he obtain any other nationality. Like many others who lack a Russian passport or legal permission to stay in the country, he was detained in a centre for foreign citizens. For over 18 months he was kept in squalid, overcrowded, conditions in a place only ever designed as a short-term holding facility.

His lawyers complained to the court that his detention was pointless, as he could not be deported from Russia because no other country would accept him as a citizen. ADC Memorial, supported his case with the intention to address the legal limbo faced by Mr Kim and other stateless ex-citizens of the Soviet Union living in Russia. We were very pleased with the final judgment issued by the ECHR, which recognized the basic need to improve the Russian legislation in order to end arbitrary detention of stateless persons. However, when a year after the judgment no general measures were taken, we decided to go to the Russian Constitutional Court with a similar case of Noé Mskhiladze - a detained stateless person - in order to press for the implementation of Kim vs Russia judgment.

In May we reported on the crucial win that you achieved in the Russian Constitutional Court in the case of Noé Mskhiladze which addressed a failure by the Russian authorities to properly implement the Kim judgement, and which mandates strict judicial control and oversight over the length of the detention of stateless people. This was hailed as a defining moment for thousands of stateless people held in Russian detention centres. Could you tell us about this case and what has happened since the ruling?

Noé Mskhiladze’s story was very similar to Roman Kim’s. Noé was born in Soviet Georgia, where he received a Soviet passport. He left the Georgian Soviet republic before the collapse of the USSR. He’s been living in Russia ever since and through all of his adult life. All his attempts to obtain a Russian passport were unsuccessful. He ended up in the same detention centre where Roman Kim had been previously held. Noé agreed to file a complaint to the Constitutional Court of Russia, asking the Court to recognise his detention – of a stateless person without the right to appeal - as unconstitutional. The Constitutional Court of Russia took into consideration the judgment on Kim vs Russia and the conclusions of an independent expert who based his opinion on the report of ADC Memorial “Violations of the Rights of Stateless Persons and Foreign Citizens in Light of the ECHR Judgment in “Kim v. Russia”. In its judgment, the court recognized the violation of the constitutional rights of Noé Mskhiladze and ruled that “Federal legislators should amend the Code of Administrative Offences so that it ensures reasonable judicial control over the timeframes of the detention of stateless persons subject to forced expulsion in specialized institutions”. We expect the Code to be amended in December 2017. Happily Noe Mskhiladze was released from detention in Juneby a district court decision following the judgement by the Constitutional Court.

You will be one of the speakers at the ENS #LockedinLimbo event in Strasbourg at the Council of Europe. ENS will present a public statement which calls on European states to take action to end the arbitrary detention of stateless persons. What is the message you want to convey to the Members of Parliamentary Assembly of the Council of Europe attending the meeting?

The message is simple - it is possible and feasible to completely avoid detention of stateless people. Indeed, as an inter-governmental body, the Council of Europe must put pressure on those countries who still employ arbitrary detention and assist them in implementing measures to identify stateless people; it is important to couple this with a demand to implement all the main points from the “Kim vs Russia” judgement in countries across Europe (and not only in Russia). What’s more, alternatives need to be found to prison-like detention of all migrants, especially children, families, people with health issues and other vulnerable groups, such as stateless people. European countries can and should find a way to manage migration without locking up people in inhumane conditions.

Currently, in some Council of Europe member countries, children are separated from their parents because of their immigration status, are kept locked up in separate institutions and sometimes deported without their parents. In Russia, we have seen a number of cases where migrants and stateless people died in detention because of lack of medical assistance. We had cases of suicide and have seen women victims of sex trafficking spending years in detention centres. We have witnessed broken lives, destroyed health and ruined families. All of that contradicts human rights principles declared by the Council of Europe and needs to be opposed on an intergovernmental level.

When launching our #LockedinLimbo campaign ENS set out an agenda for change in five priority areas if we are to end arbitrary detention of stateless people focusing on alternatives to detention, identification of statelessness, addressing vulnerability, integration and better monitoring. Looking beyond 2017, what do you see as priority actions for the #LockedinLImbo campaign and how can this support your work in Russia and help to improve the lives of the people you represent?

Indeed, the #LockedinLimbo campaign priority areas will remain relevant beyond 2017. First and most important is to reach out to all detained stateless people and to ensure their immediate release from detention. However, as we’ve seen in so many of our clients' cases, those released by the Russian courts, usually stay undocumented and remain at risk of re-detention. There are thousands of stateless people who are not in detention, but are at constant risk of being locked up. It is paramount we ensure that stateless people can safely regularise their legal status in countries where they live and if authorities come across such a person, they must support their efforts instead of detaining and persecuting them.

Another important next step is the prevention of new cases of statelessness in Europe. It is very worrying that in some parts of Europe, the number of people who have no internationally recognized nationality is again on the rise. In Eastern parts of Ukraine, children get passports of the self-proclaimed Donetsk and Lugansk republics, while they do not receive Ukrainian passports (because Ukraine is not in control of the territories). Whole generations of young people will be seen as stateless in other countries unless the international community finds a way to approach and solve this problem. Most recently we have seen discrimination on the basis of nationality take place in annexed Crimea where some people refuse to accept Russian citizenship while having difficulties keeping their Ukrainian passports. We already have cases of Crimean Tatars proclaiming themselves stateless as an act of protest and ending locked up in Russian prisons as a result of their actions.

We see the #LockedinLimbo campaign as an essential tool which allows us to focus the attention of authorities on the issue of statelessness and detention, and while we have seen some extraordinary developments in the past with regards to the recent actions by the Constitutional Court to implement judicial oversight, much still needs to be done to end the detention of stateless people. We look forward to working with the European Network on Statelessness in the future through events such as the meeting in the Council of Europe and remain hopeful that this is a fight we can win! 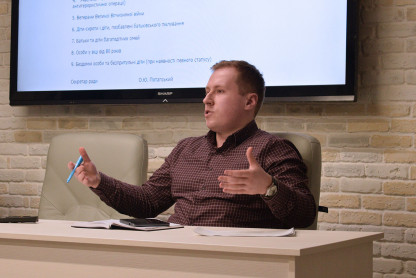 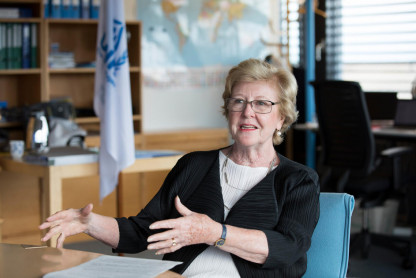 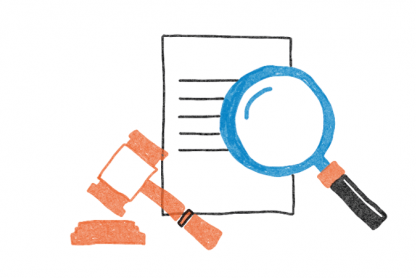 Statelessness in Europe is made worse by the failure of countries to live up to commitments they have made under international and human rights law.…
31 Jan 2022