Interview with Nils Muižnieks, the Council of Europe Commissioner for Human Rights

ENS caught up with Nils Muižnieks, the Council of Europe Commissioner for Human Rights. In this exclusive interview, now nearing the end of his term in office, he talks about his work over the past six years and reflects on progress as well as setbacks in addressing statelessness since he started in office.

From the beginning of my mandate, I was determined to tackle as a priority the issue of transmission of statelessness from one generation to the next, a concern I had been raising for 20 years in my home country.  Since 2012, I have witnessed substantial progress: a number of governments in countries I visited took important legal and practical measures to limit the risks of statelessness at birth and ease access to nationality for stateless children. Awareness-raising work, at international and domestic level, played an important role in supporting these positive changes. The mapping work done by ENS and UNHCR to identify child statelessness concerns in European countries and highlight root causes has been of particular relevance to move in the right direction.  However, we should remain vigilant and continue to work towards eradicating child statelessness as some of the problematic situations identified many years ago remain unresolved. Moreover, we must anticipate the emergence of situations that can generate new cases of statelessness, in particular among migrant and refugee children.

Living without nationality and rights is a harsh reality for thousands of Roma in Europe, including children. This is something you've raised during your many country visits, urging authorities to take immediate action. How have they responded, and what change have you seen in terms of government officials’ awareness and willingness to address the specific challenges facing Roma?

I have raised the issue of statelessness, or risk of statelessness, among Roma populations in several countries, including Croatia, Italy, Montenegro, the Netherlands, Romania, Serbia, “the former Yugoslav Republic of Macedonia” and Kosovo[*]. The lack of identity documents among Roma communities is a persisting problem in many places in Europe. Moreover, it is transmitted from generation to generation. The main causes for this situation include deeply-rooted prejudices, widespread discrimination and social exclusion, which put up insurmountable barriers on the way of Roma at the time of registering the birth of a child, addressing an administrative body to obtain documentation or legalizing their residence. This results in further marginalization and deprives them of access to basic human rights, such as the right to education, access to health and social care or the right to vote.

Nonetheless, the issue is far from being resolved. While the steps that should be taken to help reduce the risk of statelessness among Roma are clear, all too often they are not put in place because of a lack of political will and overall disregard for the rights of the Roma population. Instead, the authorities in many places continue to put the blame on the Roma themselves.

At the beginning of your term you spoke about the need to raise awareness about statelessness and its underlying causes. Do you think we are now in a better position given the ongoing work by regional bodies, UNHCR and civil society organisations across Europe to address statelessness?

I believe that work carried out by UNHCR and civil society organisations, in particular the European Network on Statelessness since 2013, created real momentum for those advocating for the rights of stateless persons. This extensive work shed a harsh but clear light on the fate of stateless persons and helped to better understand the issues at stake and how to tackle these effectively. This was instrumental in raising awareness and fostering the necessary cooperation between governments and between state authorities and civil society organisations at national level. It provided the authorities with concrete tools to remedy the problems facing stateless persons or those at risk of becoming stateless. It showed that with political will, eradicating statelessness is possible.

In your foreword to our recent report Protecting Stateless Persons from Arbitrary Detention: An Agenda for Change you said that "statelessness is not a problem that is ‘too complex’ to tackle effectively. With political will, many steps can be taken to avoid arbitrary detention". What do you see are some of the main opportunities ahead to push for effective reform on this issue?

I have consistently called on member states to strictly limit the use of immigration detention, and ensure that it is never used for children. Stateless migrants in particular face a higher risk of arbitrary detention, for indefinite periods, especially when return possibilities are unclear. They are often left in a legal limbo and uncertainty as to their future. I have repeatedly encouraged states to develop human-rights compliant alternatives to detention. I have also supported the setting-up of statelessness determination procedures, on the model of what has been achieved in several member states. By enhancing the protection of stateless persons, such mechanisms should limit the risks of them having to experience situations of extreme destitution, without access to housing, social and health care, which I witnessed in some of my country visits.

The Council of Europe is well placed to deal with the question of statelessness because this is a key human rights issue: denying a person access to a nationality results in a range of human rights violations. Therefore, the Council has long been involved in statelessness-related issues: it adopted the European Convention on Nationality in 1997  and the Convention on the Avoidance of Statelessness in relation to State Succession in 2006. Human rights monitoring bodies and the Parliamentary Assembly have also been active on this issue.

Moreover, as solving statelessness problems often requires inter-governmental cooperation, the Council of Europe can play a key role in gathering governments around the same table in order to identify solutions. The increased attention paid by the Organisation to migration and asylum issues could also help to address statelessness situations arising from international migration and human rights concerns facing stateless migrants and refugees. Finally, while the right to a nationality is not as such enshrined in the European Convention on Human Rights, some judgments of the European Court of Human Rights over the last few years have paved the way for more protection against statelessness and protection of stateless persons.

Finally, with everything that has happened in politics in 2017 what do you think are some of the biggest challenges ahead for those working on statelessness and what keeps you positive?

Rising intolerance against migrants and minorities in European societies and the rise of populist and nationalist political parties add challenges for those willing to take action to eradicate statelessness, as many stateless persons are migrants and members of minority groups, such as the Roma. Moreover, the parallel trend towards increasing criminalization of migrants and refugees has a particularly negative impact on those who are stateless.

Terrorist attacks in Europe in recent years have also contributed to worsening the human rights situation. They prompted for example many to call for withdrawing the nationality of binational authors of terrorist attacks. Such measures carry the risk of increasing statelessness and this is an issue that will probably remain on the agenda in the context of counter-terrorist policies.

Last but not least, faced with other priorities, governments are paying increasingly less attention to the human rights of Roma generally, which does not help to tackle the issue of statelessness among this group.

All these trends do not call for optimism.

However, the substantial progress achieved in recent years, through concrete practical measures and through cooperation, makes me think that the work will not stop now. Awareness of statelessness-related problems among decision-makers seems to be higher than it was a few years ago. Moreover, civil society organisations involved in work on a daily basis with stateless persons will no doubt continue to advocate tirelessly for change, with the support of international human rights bodies. The mobilization achieved over the last years should not be halted. The task of eliminating statelessness is an ongoing one that requires our continual vigilance, as marginalized groups such as Roma continue to be excluded and people on the move risk falling between the cracks and becoming stateless.

[*] Throughout this text, all reference to Kosovo, whether to the territory, institutions or population shall be understood in full compliance with United Nations Security Council Resolution 1244 (1999) and without prejudice to the status of Kosovo. 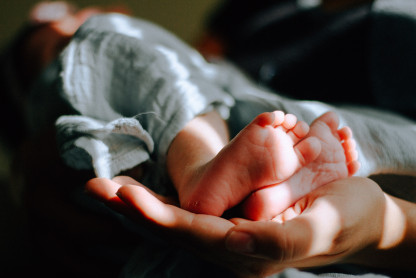 In popular understanding around the world, “foundlings” are often imagined as abandoned babies found outside churches. In practice, this limited…
10 Dec 2021 / Mai Kaneko-Iwase, PhD (Law), Researcher, Faculty of Law, Maastricht University, the Netherlands*