Interview with Yonous Muhammadi, President of the Greek Forum of Refugees

Yonous Muhammadi co-founded the Greek Forum of Refugees, a refugee-led organisation. He is a member of the European Migration Forum in Brussels and the National Council against Racism. The Greek Forum of Refugees joined ENS in 2018. We spoke about their work, the role of community organisations, how statelessness affects refugees in Greece and his cadidacy in the recent European elections.

Statelessness is often overlooked in the asylum process. Statistics give an indication of the scale of the issue - nearly 100,000 asylum seekers were recorded as stateless or of unknown nationality in the last 4 years - yet there is little awareness about it. Why do you think that is?

Awareness of statelessness is at a very basic level and I think that there are two fundamental reasons for that. Firstly, the government authorities, such as the police and asylum services don’t know much about the issue and as a result they don’t prioritise it in their work. Secondly, and even more importantly most of the refugees and asylum seekers don’t know their rights especially when they are affected by statelessness. So, they believe that they have to declare a country of origin in order to proceed with their application. Thus, as a result these people aren’t recorded as stateless which leads to bigger problems further down the line when they are questioned about nationality as part of the asylum determination process.

Stateless people can face additional difficulties navigating the asylum procedure. What do you think is the most pressing issue that needs to be addressed in the short-term if we are to protect stateless people in the migration context?

In my opinion, the most pressing issue that we should highlight is the need to provide the newcomers with timely and comprehensive information regarding statelessness. At the same time the authorities should be informed, trained, and required to record statelessness especially during the registration procedure. This is currently not the case.

Greek Forum of Refugees and ENS have worked together on the #StatelessJourneys project, looking at statelessness in the forced migration context. This included working with those affected as well as different stakeholders who are involved in assisting refugees. Could you tell us what the current situation in Greece is and how the #StatelessJourneys project supports your overall work with refugees and migrants?

Through our cooperation with ENS we’ve highlighted the gaps and the lack of information among the refugee/migrant communities; and at the same time we had the possibility to participate in discussions with relevant stakeholders, such as UNCHR, the Greek Asylum Service, Ministry of Migration Policy, and NGO’s, in order to raise awareness about statelessness. In the beginning of June we facilitated a two-day workshop with participants from refugee and migrant communities. This was an opportunity to talk about the issue and for community members to identify gaps concerning both information and actions required to address the issue. The evidence and data generated will be used as a guide to help us design new materials and agree joint actions related to the issue.

Stateless people often have few opportunities to influence the migration debate. As part of the #StatelessJourneys project, Greek Forum of Refugees and ENS delivered some workshops with refugees affected by nationality problems in Athens to hear about the issues they were facing and what information they need to navigate the system and uphold their rights. What did you learn from these workshops and how can we continue supporting stateless refugees in Greece?

Our experience was very positive. First of all, we feel that the refugee and migrant communities are better informed and more alert to the issue. Secondly, we now have a chance to work with policy makers, because we started the conversation and statelessness is now further up their agenda. Last, but not least, we are in a good position to plan the next steps. I think that we should improve collaboration and networking among different communities, advocate for an effective system to identify and determine statelessness and continue with training for those affected by statelessness, as well as for the relevant stakeholders.

Finally, you stood as a candidate in the recent European Parliament elections. You said that this was an opportunity to highlight issues such as far-right violence against refugees and to speak about marginalised communities. What did you learn from your campaign and are you hopeful that things can change for the better?

Above all, at the Greek Forum of Refugees we strongly believe that in order to build democratic and inclusive societies we need to prioritise political participation and political integration. That’s why, for the last nine years we have supported many of our members to participate in local and national elections. Regarding the European Parliament elections, I was pleasantly surprised that my candidacy was so well received both here in Greece and across Europe. It allowed me to highlight the importance of participation and access to decision making structures for marginalised communities. At the same time, I could stress the increasing gap between the decision making process and minority populations. As for the future, to be honest, I’m less confident in the EU doing the right thing given its current approach and priorities on migration. Still, I remain optimistic that if we are to continue to build on the progress we made in highlighting inclusion, this will eventually translate into more democratic societies that will demand policies that work for everyone. 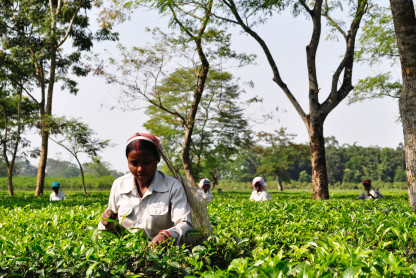 Statelessness in the Asia Pacific: The birth of Nationality for All

With the increase in cases of statelessness in the Asia Pacific region and the impact of COVID-19 on stateless persons, Statelessness Network Asia…
2 Dec 2021 / Subin Mulmi, Executive Director, Nationality for All (NFA)