Over the last two years there has been a welcome shift towards greater recognition of the need for more concerted action to tackle statelessness at a global, regional and national level. Since December 2011, 17 states have acceded to either or both the UN Statelessness Conventions. In October 2012, the European Union pledged that all those Member States yet to do so (Estonia, Cyprus, Malta and Poland) would accede to the 1954 Statelessness Convention – the international instrument setting out obligations owing to stateless persons on a State Party’s territory.

This near universal ratification by European Union states ostensibly indicates the existence of a strong regional statelessness protection regime.  But scratch a little deeper, and the disturbing reality is that only a handful of European states have in place functioning statelessness determination procedures in order to implement their obligations in practice. This calls into question any notion that Europe can claim to be setting an example to the rest of the world. Ratifying conventions is an essential first step but must be followed by the introduction of determination procedures which are critical to helping stateless persons. The current absence of such procedures, for example, contrasts sharply with the existence of dedicated asylum determination procedures in almost all those European states that have acceded to the 1951 Refugee Convention.

Recent research reveals that the absence of a route by which stateless persons can regularise their status leaves these individuals at risk of a range of human rights abuses. Many stateless persons find themselves destitute or forced to sleep rough on the streets. Others are subjected to long term immigration detention despite there being no prospect of return. Often stateless persons must endure years separated from their families abroad. Few are in a position to break this cycle, and as a consequence are left in legal limbo for years.

The European Network on Statelessness (ENS) is a civil society alliance with 50 member organisations in over 30 countries committed to address statelessness in Europe. We believe that all human beings have a right to a nationality and that those who lack nationality altogether are entitled to adequate protection – including the right to regularise their status and enjoy their fundamental civil, economic, social and cultural rights owing under international human rights law.

Today on 14 October, the anniversary of Hannah Arendt’s birthday, ENS is launching a pan-European campaign to improve the protection of stateless persons in Europe. Timed to coincide with the 60th anniversary of the 1954 Statelessness Convention, this campaign will bring together civil society organisations across Europe in calling for:

2)      All European states without a functioning statelessness determination procedure to make a clear commitment during 2014 to take necessary steps to introduce one by the end 2016.

ENS aims to achieve these objectives through a combination of awareness-raising activities, online advocacy and political lobbying at the national and European Union level. It will seek to mobilise a broad spectrum of actors and to put a human face on the statelessness issue by gathering individual stories and testimonies. The campaign will culminate in a concerted day of action against statelessness across Europe on 14 October 2014.

With your support we can bring Europe’s legal ghosts out of the shadows and ensure that stateless persons are treated with the respect and dignity which has been lacking since the philosopher Hannah Arendt famously identified their plight in her seminal text The Origins of Totalitarianism back in 1951. The fact that there remain an estimated 600,000 stateless persons living in Europe today shows that action is long overdue. The time for action is now. 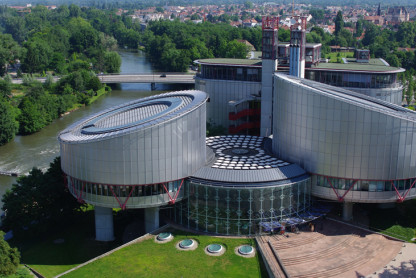