The European Network on Statelessness (ENS) celebrates International Human Rights Day today, by launching its inaugural publication “Statelessness Determination and the Protection Status of Stateless Persons: a Summary Guide of Good Practices and Factors to Consider when Designing National Determination and Protection Mechanisms”. Stateless people are a particularly vulnerable group when it comes to the ability to exercise human rights, and determination procedures are key to their effective protection in a migratory context. This ENS guide serves as a tool for civil society advocates lobbying for and states considering the establishment of domestic statelessness determination procedures and protection mechanisms.

On this the 20th anniversary year of the establishment of the mandate of the High Commissioner for Human Rights, International Human Rights Day has been themed “20 Years: Working for Your Rights”, but with an emphasis on the future and challenges that lie ahead. The task of looking back over 20 years of endeavour and achievement in the human rights field and drawing on this foundation to plan for future challenges resonates strongly with statelessness as an issue, the development of ENS and its recently launched campaign to improve protection for stateless persons in Europe. The publication of the good practices guide is a key component of one of the campaign’s two primary objectives, namely that all European states take steps to introduce statelessness determination procedures.

Twenty years ago, statelessness was a well hidden and poorly understood issue. As the High Commissioner for Refugees (UNHCR) began to actively explore its statelessness mandate and as academics and NGOs began to grapple with the issue, our collective understanding of the extent of statelessness and its human impact evolved, enabling us to respond more effectively to the challenge of statelessness. Over these past 20 years, statelessness has ceased to be perceived purely as a complex legal anomaly and been re-characterised as fundamentally a human rights issue that must be addressed through both the human rights framework and international statelessness mechanisms. This joined up thinking as well as efforts to understand the impact of statelessness on related fields such as development, healthcare, economics, humanitarian aid and security (to name but a few) has the potential to greatly strengthen the statelessness movement, and to draw in new and important allies from other disciplines. The growth of expertise and interest in statelessness over the past two decades is well reflected in the ENS story, which germinated as an idea in 2010, evolved into an informal discussion between a few organisations in 2011 and today is a fully functional civil society network with over 50 member organisations in more than 30 European countries.

The identification of stateless persons is an important process, necessary to ensure compliance both with the 1954 Convention Relating to the Status of Stateless Persons and with international human rights law. The state obligation to not discriminate against stateless persons, for example, can only be fully complied with if states know who the stateless are among their populations. The failure to implement fair, accessible, non-discriminatory and non-arbitrary determination procedures that comply with substantive and procedural standards under international law would result in people not being appropriately identified as stateless and consequently being denied the human rights protection they are entitled to.

Twenty years ago, only two countries (France and Italy) had procedures in place to identify and protect the stateless. Today, there are twelve such states, with several others having made pledges in this regard. The ENS Guide looks at these twelve states, at UNHCR and expert guidance and at international law, to tease out good practices that states about to implement new procedures should consider adapting and replicating. Consequently, it is an exercise in the discipline of looking back in order to plan for the future – which goes to the very core of the theme of this year’s celebration.

Looking forward to the next few years of the human rights journey, ENS remains committed to addressing statelessness in Europe and globally. The identification of stateless persons is a crucial first step towards protection, and ENS hopes this Guide will contribute to the growing human rights movement to protect the stateless and end statelessness in the future.

The ENS Good Practice Guide is available on the ENS website here and a print copy can be requested by emailing ENS Coordinator Chris Nash at info@statelessness.eu 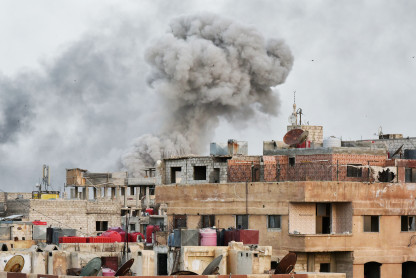 Palestinian refugees from Syria are among those most impacted by the country’s brutal 10-year conflict. A new report documents the secondary forced…
20 May 2021 / Tom Rollins, Independent researcher working on Syria and displacement