The European Network on Statelessness (ENS), a civil society alliance with over 55 member organisations in 39 countries, calls on the incoming Slovakia Presidency of the European Union (EU) to build on current momentum with regard to addressing statelessness in Europe.

In recent years there has been a welcome shift towards greater recognition of the need for more concerted action to combat statelessness at a global, regional and national level – including by the EU. In October 2012, the EU pledged that all those Member States yet to do so (Estonia, Cyprus, Malta and Poland) would accede to the 1954 Statelessness Convention – the international instrument setting out obligations owing to stateless persons on a State Party’s territory. On 4 December 2015, the Council of the EU’s first Conclusions on Statelessness were adopted. The Conclusions emphasize the importance of exchange of good practices and information relating to statelessness among Member States.

However, notwithstanding these positive developments and this clear agenda for action, thus far only a handful of European states have put in place functioning statelessness determination procedures in order to implement their obligations in practice. Recent research reveals that the absence of a route by which stateless migrants can regularise their status leaves these individuals at risk of a range of rights violations, and unable to enjoy their fundamental civil, economic, social and cultural rights owing under international human rights law. Many experience long term destitution and/or immigration detention. Few are in a position to break this cycle, and as a consequence are left in legal limbo for years - posing policy implications for states as well as denying basic rights to those affected. Moreover, Europe continues to be a ‘producer’ of statelessness. A report published by ENS last year reveals that even among those states that have acceded to relevant international conventions, more than half are still failing to properly implement their obligations to ensure that stateless children acquire a nationality.

When Slovakia assumes the Presidency of the EU on 1 July 2016, ENS encourages it to: 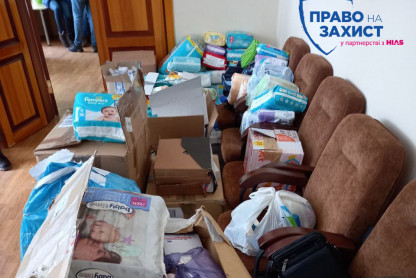 Assisting stateless people trapped in Ukraine: report from the ground

The staff of R2P’s statelessness project have spent the last few weeks trying to reach their approximately 700 beneficiaries to assess their…
24 Mar 2022 / Kseniia Karahiaur and Oleksandra Aivazian, R2P Project on Legal Assistance to Stateless Population 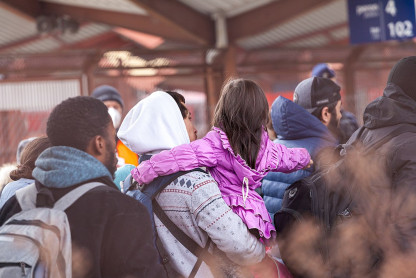 As the number of refugees fleeing Ukraine nears two million, we and our members on the ground have been mobilising to try to get a handle on the…
11 Mar 2022 / Chris Nash, Director of the European Network on Statelessness