What happens to people with no nationality in a public health crisis?

Stateless people – who lack any nationality - are excluded from many of the rights and protections afforded by States to their nationals. They are undoubtedly among those most impacted by the COVID-19 global pandemic and will surely be among those most affected by its fallout unless their specific circumstances and views are considered by policymakers and government authorities and acted upon now.

There are more than half a million stateless people in Europe. They are members of minority groups who have always lived in the same place (sometimes for generations), like 13 year-old Lirije and her family, from North Macedonia’s Romani community. They are also people who have moved across borders or fled conflict in other parts of the world, like Nirjevan, Ayman and Ibrahim, stateless Syrian refugees seeking safety in Europe. Stateless people in Europe have many and different aspects to their identities, but all are falling through myriad systemic gaps being exposed by this crisis. What stateless people all have in common, is their lack of nationality. They have no State to turn to in a time of crisis to guarantee them healthcare, safety, social security, an income, a roof over their head, food to eat. Some are even blamed for the spread of the virus and targeted in lockdown enforcement measures.

Statelessness is not ‘just’ an abstract legal anomaly. It is a preventable and solvable violation of human rights that will cost many lives in this pandemic if governments do nothing about it. It is why, in 1954, in the shadows of another global crisis, world leaders came together and adopted the UN Convention Relating to the Status of Stateless Persons (shortly after its sister Refugee Convention in 1951). It is why both these Conventions set out basic rights that States must guarantee to people on their territory in need of protection. It is why, the ultimate goal must be to realise everyone’s right to a nationality and end statelessness. All but five of the 47 Council of Europe Member States have signed up to the 1954 Convention. They have committed themselves in law to upholding the rights of stateless people. So why – more than 60 years on from 1954 –are people still falling through protection gaps?

Identifying and addressing statelessness in the refugee context

Identifying and addressing statelessness in the refugee context is vital to prevent serious human rights violations. Find out what those working with…
12 Jan 2023 / Briefings 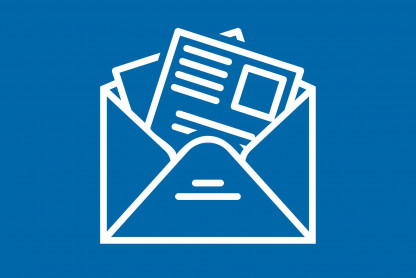 Our December newsletter features our latest work and updates. It showcases the launch of our Stateless Journeys Campaign, the new Litigation Toolkit…
14 Dec 2022 / Newsletters